Words change meaning over time, and here below you’ll find 10 words that have vastly different meanings in the UK than they do in the US, sometimes to comedic effect! There are few treats so enjoyed by the children of the UK than a big old hunk of rock, the smiles that come to their face as they bite down and chew on this favored joy is palpable. In the US, if you were to tell someone to eat a rock, they’d be chewing on a chunk of stone from the ground, but in the UK it refers to…a hard rock candy.

Those folks from the UK would be most excited if you offered them up a selection of ‘stall seating’ for their favorite show, while those from US would stand aghast wondering what sort of prank you were pulling… Who wants to watch the show from the bathroom stall? Would anyone actually pay for that dubious privilege? Their confusion is well understood, since in the UK the ‘stall seating’ is the front row seats.

Being threatened by an army of solicitors is bound to send an American into a fit of laughter, after all, who’s afraid of a bunch of salesmen? All you really have to do to rid yourself of them is, well, shut the door. Now wouldn’t they be surprised when their UK-based opponent has an army of lawyers arrive on their door! So in case of legal skirmishes with the British, remember: lawyers are called solicitors in the UK, whereas in the US the term refers to those who will travel from door to door selling everything from religion to vacuum cleaners.

“Let’s go out and drink a stack of shorts!” your friend from the UK cries, and all you can see in your head is trying to slam back a pair of your favorite underwear. What? Perhaps he’s had too much to drink already! Shorts in the UK refer what is commonly called “shots” in the US, while in the US as we all know, shorts refer to either short trousers or underwear. While we’re on the subject of getting a drink, you might be surprised that it’s quite illegal to drink in a saloon in the UK! In the US you’d be quite happily accepted into the arms of your favorite saloon, cozying up to the bar and ordering your favorite drink! In the UK you’d be arrested and thrown in jail for driving under the influence, as a saloon is what is commonly called a “Sedan” in the US.
DUI, anyone? I thought not! 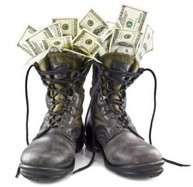 In America, the term boot refers to a type of footwear generally suited for less than pleasant environments, and if you told someone to get something out of the boot they’d likely look at you strangely for having stored something there. In the UK you’d be talking about the storage typically found in the back of the car, which the Americans refer to as the ‘trunk’.

The term “Give us a stroke then!” isn’t asking you to cause a cranial embolism in the one requesting it, but instead is requesting being ‘patted’ as they would say in the US. In the US you’d be considered perhaps a bit dark of humor for requesting someone give you such a serious medical condition!

In America, if you told someone to look under the bonnet, the first thing they’d do is start looking for a piece of headwear. In the UK they’d be directing you to the front of an automobile where one typically finds the engine, known to North Americans as the “hood”. A conservatory in the US would be a terrible place to fill with potted plants, as it would get in the way of the musical performers, who would inevitably trip over them and get soil all over the floor. A conservatory is a school for music in the US, while in the UK it’s a glass-enclosed room that is often attached to a home, and is used for everything from a living space to a greenhouse, and every combination thereof!

Camping under a marquee would be a terrible idea in the US, indicating you’re either a rabid fan of an upcoming show, or homeless. In the UK such a thing wouldn’t be unheard of on more pleasant nights, as it refers to an open sided-tent that is often used for events. In the US, the word “marquee” refers to the informative signs over hotels, theaters, etc.

Oh, and…no spotted dick for me, thank you.