On the blog today we have a post from Billy who hails from GoBillyKorean, a website that helps you learn Korean through helpful, professional videos. Billy has recently released an awesome book on learning Korean, and he’s now working hard on publishing a second one. It’s definitely worth checking out!

Learning a language can be entertaining and rewarding, but the benefits of being able to speak one do not stop there. Knowing a foreign language can not only benefit your personal life, through meeting new friends or communicating with others, but it can also benefit your business life.

Let’s take a look at five major reasons that knowing a foreign language can boost your career prospects.

Being able to speak a second (or even third) language means that you will have more job opportunities when compared to a monolingual candidate. According to the American Council on the Teaching of Foreign Languages, these jobs can be in the field of retail, sales, administration, marketing, transportation and tourism, communication, banking, law, teaching, as well as public relations and government. All of these fields, and more, would allow a person to work using a foreign language.

The U.S. Department of Labor also estimated this year that there will be a 42% increase in jobs for interpreters and translators over the next ten years. If you can speak a foreign language fluently, as well as English, then you can add interpreter or translator to the list of jobs that you would more likely be qualified for.

2. Increased Chance of Being Hired 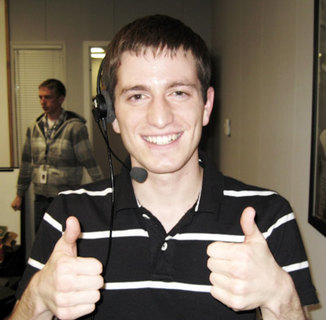 Once you’ve found that new job opportunity, it’s also more likely that you will be hired for your ability to speak a foreign language. My very first job after graduating college was working as a telephone translator for Korean and Japanese; my next job was then being a supervisor at a Korean-owned tutoring company. Knowing a second language will increase your chances of getting the job that you want; in a group of ten or more applicants of similar abilities, the one who is able to speak a foreign language will often be considered over the others.

A British Chambers of Commerce study from 2013 found that more than 60% of companies who want to do business in other countries, including exporting products, are unable to do so due to language barriers. Being the candidate who is able to communicate in a desired foreign language will make you automatically that much more valuable to any company who is looking to expand into other territories. 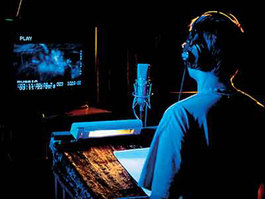 Jodie Foster, the actress best known from “The Silence of the Lambs,” speaks fluent French – but she didn’t learn it in France. While growing up, Jodie attended a French-language prep school in Los Angeles, and studied the language. Because of this, she is able to provide her own voice to her film dubbings in French. Audiences get a better experience, and producers get a better product. Many other actors can speak foreign languages as well, and this makes them even more valuable. This value extends past actors to regular everyday workers as well.

Some hiring managers will also notice that there is an increased cultural sensitivity that comes along with being able to speak a foreign language. Knowing a language doesn’t only mean that you can speak it – the process of learning another language involves entering another culture as well. This builds an understanding for the culture and its people, and helps employees to better interact with others, even when speaking in English. Jessica Olivia-Calderin, an immigration attorney, commented the following:

I meet people who struggle with new words and customs they must now learn because they are assimilating to this country. If a person has never struggled with a second language or custom firsthand, they cannot fully comprehend our clients’ needs and, in turn, advocate effectively.

In addition to having a better understanding of people in general, employees who are able to speak a foreign language can also help out around the office in additional ways, such as by directly reading and responding to clients’ requests in their own language, which would save translation expenses, stress, and delays when dealing with urgent business.

Employees that speak more than one language will often have a higher price tag. Euro London, a recruitment agency, states that knowing a foreign language “can add between 10% and 15% to your wage.” An extra 10% or more an upper-level position could easily cover a year’s car payments, a larger apartment, or a fancy vacation.

Members of the United States military also receive higher wages for knowing a foreign language – up to $1,000 more every month.

After only working at my translation job for six months, I was promoted to a higher department to help customers who had more complicated issues. After another six months of working, I was promoted again to help customers in more market locations, including other countries. Each of these promotions included wage increases and more focused work. Had I not spoken any foreign languages, I would probably not have been promoted even once in over two years of working for the company.

The best part is that you don’t need to speak a foreign language fluently in order to enjoy these five career benefits; having “soft skills” in a language will often be enough – being able to meet and greet clients, and act as the company’s face to its foreign market.

If you’re able to speak a foreign language fluently, then even more opportunities can open up. You might be the employee that your boss will turn to first when writing contracts for foreign clients, or called in to settle important cases. These additional responsibilities will also come with increased job security, wages, and advancement opportunities as well.

So what are you waiting for? Brush off the dust from your high school French book. Order that language book you’ve been thinking about. Set aside some time every day, even a half hour, to sit down and study the language you’ve always wanted to learn. You’ll not only benefit your social life, but your career life as well.

Good luck in your studies!