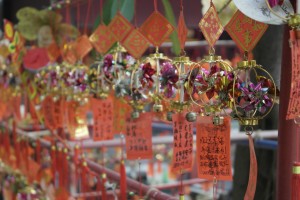 Countless books have been written about goal setting over the last few decades. We kind of all know that somehow goals kind of “seem” important, but the vast majority of us somehow don’t take the time necessary to actually think through our plans, our dreams, and our vision, and we just don’t bother writing down specific goals on paper. Have you ever written your goals down? Do you even have clear goals of your own when it comes to language learning (or your career, learning a new skill, etc.), besides “becoming fluent” in the language, whatever that means? The vast majority of ESL students whom I have taught in the past really respond either of the following two answers when asked about their goals: “I don’t know”, or “I want to become fluent”.

Yes, setting goals really is that important. I thought it wasn’t, but now that I’ve tried and tested different goal making strategies, and since reading a handful of books and blogs on the subject as well as through interviews with fellow polyglots and learning experts, I’ve decidedly fallen into the camp of those who believe that goals are a crucial component of success. But the key here is to make setting goals a habit. If you do that, goal setting becomes a part of your life. If you don’t, it withers and dies.

The Key to Success?

I’ve recently read an excellent book by Keith Ferrazzi, called “Never Eat Alone”. The book is essentially about networking and building relationships with people. I highly recommend anyone to read it. One aspect of the book I particularly found fascinating was Ferrazzi’s approach to goal setting. Many of the quotes from the book are certainly worth quoting at length, and here’s one about a study conducted with Yale university students that particularly struck me. In the study, researchers asked Yale’s class of 1953 a number of questions. Three had to do with goals:

1) Have you set goals?
2) Have you written them down?
3) Do you have a plan to accomplish them?

It turned out that only 3 percent of the Yale class had written down their goals, with a plan of action to achieve them. Thirteen percent had goals but had not written them down. Fully 84 percent had no specific goals at all, other than to “enjoy themselves.” In 1973, when the same class was resurveyed, the differences between the goal setters and everyone else were stunning. The 13 percent who had goals that were not in writing were earning, on average, twice as much as the 84 percent of students who had no goals at all. But most surprising of all, the 3 percent who had written their goals down were earning, on average, ten times as much as the other 97 percent of graduates combined!

An unwritten wish is just a dream. In writing, it’s a commitment, a goal. As the title of this post suggest, “A goal is a dream with a deadline”.

Sebastian Marshall runs a popular blog on productivity, business, and philosophy, and he also has similar views on the importance of goal setting. “Not having a clear single-minded thing to focus on,” he says, “means needing to constantly evaluate priorities. The toll it takes, mentally, seems to be quite high. Sometimes it leads to people feeling overwhelmed and confused often.” He adds that “having a single-minded goal to work towards lets you bring all your attention and focus to the problem, and it cuts all the weighing and measuring and uncertainty.” In his “Very Specific Goals” article, Sebastian responds the following way to a reader, Ben, who highlighted his achievements through focus and clear goal-setting:

Those last three lines are particularly insightful: “I think it’s infinitely easier to do harder things if you have a very specific idea of the end result you want. Easier to accomplish the very specific difficult thing than the moderately easy vague thing… Of course the problem with most people is they have no idea what they want.” Thanks Ben, for the insight.

Additionally, Ferrazzi gives the following three pieces of advices when it comes to goal-setting, and I wholeheartedly agree with them. So now is the time to take down some notes, folks:

• Your goals must be specific. Vague, sweeping goals are too broad to be acted upon. They must be concrete and detailed. Know what steps you’ll take to achieve your goal, the date by which it will be accomplished, and the measurement you’ll use to gauge whether you’ve achieved the goal or not.

•Your goals must be believable. If you don’t believe you can reach them, you won’t. If your goal is to increase the revenues of your business to five million dollars in a year, and you only achieve revenues of one million, you’re setting yourself up for failure. Instead, set your goal at half a million dollars for the year—and beat the heck out of it.

• Your goals must be challenging and demanding. Step out of your comfort zone; set goals that require risk and uncertainty. And when you achieve your goal, set another one.

Before I conclude this article, I want you to also take into consideration the distinction between “goals”, “missions”, and “habits” or “means” to reach a goal. In people’s mind a goal often seems like a faraway dream with only a vague direction; in the case of language learning, this can be reaching a C1 level in French by the end of next year, for example. You may well ask the person who has this kind of goal what steps they will actually take to reach this kind of goal, and chances are you will get a blank stare.

Scott Young, in his post entitled “How to Lead an Interesting Life and Still Get Stuff Done”, says the following when it comes to language learning:

I learned this advice from Benny Lewis, that you should set missions, not goals. A mission is a short-term project that focuses you on taking action. A goal, in contrast, tends to focus on a faraway outcome or object of your desire. The difference is subtle, but once again, subtle differences in phrasing can have major ramifications in practice.

Here Scott makes a difference between having “missions” and “goals”. This framework might be useful to use in language learning to force yourself to take action over shorter periods of time. As Scott says, the difference here is very subtle, but thinking through a different framework certainly can produce different results.

Lastly, remember that actions always speak louder than words. As popular blogger and productivity machine Tynan has said before, “It’s always better to look at actions than words. If someone says that they’re committed to being healthy, but then they order a fat stack of pancakes… well, maybe they’re not so committed after all.” When it comes to the means to reach your goals, it’s just as important to have a definite plan drawn up. In other words, HOW are you going to REACH your goal? How many minutes a day will you commit yourself to learning your language? When? With whom? It’s all fine to have the “goal” of passing a TOEIC test with a score of 800, but if the next day you watch TV, read the news, and talk with your friends all in your native language, you might not be that committed to your goal after all.

So, what do you think? Do you have goals written down? Do you have a concrete road map to reach your goals? Do you believe you can reach them? Are you challenging yourself? If you answered “no” to most of these questions, now might be the right time to stop idling and kick things into high gear.

1 thought on “A goal is a dream with a deadline”