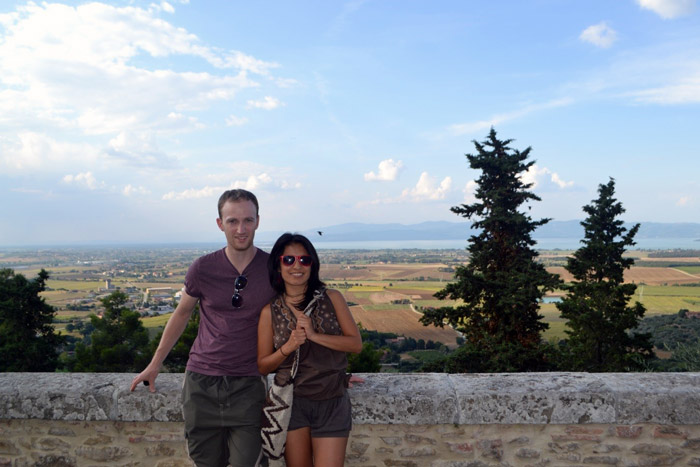 I’m Rob, one half of Spanish Obsessed, where my Colombian partner Lis and I have recorded a series of Spanish podcasts for all levels and help people to learn Spanish. I myself started learning Spanish just before I decided to move to Spain a few years ago to teach English. After a while there, I moved to Colombia where I lived for about a year, and since moving back to London  in 2012, I’ve been running Spanish Obsessed with the beautiful Lis!

You’re in The Old Vic (most famous theatre in the world). You’re waiting in the wings, and you can hear the audience shuffling in their seats. A bead of sweat drips slowly down your forehead, and you’re practising your first line, over and over. You’ve been preparing for this role for a long time and know you’ve fully stepped into the character. You know how they think and feel, you know their past, and you’ve lived in their shoes for the last six months. You’ve become one with the character – you’re a true method actor. When you do make your way on to stage, you hear your first line. What comes out is not your own voice, but the voice of this character you’ve been working on, this new person that you’ve actually become. 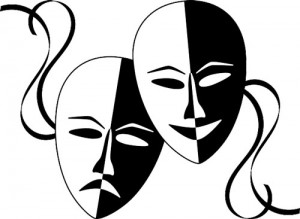 See where I’m going? When we speak foreign languages, we all do this to a certain extent. We’re all performers, and we’re all acting. We all take on new identities, and speak and listen from them. What I want to argue is that this is essential in being able to speak a language well, and those that go furthest with their second language tend to be those who have managed to step into a new identity the best.

Why is this? Let’s have a look at what’s involved in speaking a language really well:

It’s pretty difficult to speak any language if you don’t know any of the words in that language! Just as actors have to prepare for their role by learning a script, so too we need to build up a base of vocabulary. It’s the necessary groundwork. However, what makes the script really come alive is when it’s placed in context – when the actual performance takes place, and these words take on new shades of meaning. That’s the same with a language. We can learn the vocabulary, but it’s only by using it in a variety of situations that it really comes alive.

It’s often thought that actors have phenomenal memories. When actors learn their lines they look at the “throughline” – the intention, emotion, and context behind those lines. As well as this, they often tie in a certain line to a physical action, helping to anchor it and give it more meaning. As language learners, if we can tie emotions to the phrases we learn and anchor them with a physical movement, we are also more likely to retain that vocabulary. How often have you experimented with the delivery of a phrase in another language, imbuing it with emotion and giving it a context? Give it a try, and you’ll be surprised by what you retain.

Having a good grasp of vocabulary is not necessarily about knowing all the words in a language. It’s about knowing when to use them. This is known as register, and being aware of register is one of the hardest things to get right in a foreign language. If you walk into a pub in London, you probably wouldn’t say to the barman “Would you mind possibly pouring me a pint of beer”, and similarly, in a business meeting scenario you wouldn’t call the CEO “mate”.

Being aware of these differences and being able to use them requires a deep feel for the culture. A feel of what’s accepted in each given scenario. In a way, this requires stepping into different characters’ shoes, and getting a feel for how to act and what to say in each situation. As language learners, we can create mental “language buckets” for different registers and situations, and as we learn we can place them in these buckets according to how appropriate they are. As an English learner, I might have a mental bucket “pub phrases”, and another “formal meeting phrases”.

This is also a classic trick used by politicians (arguably, the best actors of all), who on answering questions, frequently give the answers that they want rather than answering the actual question. They group their knowledge into similar “buckets”, and draw from these when answering questions.

Not necessarily the kind of confidence that you need during public speaking, but the kind of confidence that let’s you be who you want to be, without worrying about being judged. Actors need to be able to be the character they are portraying without worrying about what people think, and as language learners we need to try to inhabit that space as well.

At a beginner level this  translates as a certain fearlessness in making mistakes, butchering the language, and dealing with frustration at not being able to communicate as you would like. At a more advanced level, it means a confidence and ease in speaking, which leads to lower inhibitions, and hence better fluency.

When Daniel Day Lewis was preparing for his role in the Last of the Mohicans, he learned how to build a canoe; when he was preparing to be Abraham Lincoln he didn’t break his Lincoln accent for months. He went deep to understand those characters’ lives, how they think, and where they come from. To really speak a language well, we have to do that too (live the culture that is, not build a canoe!). You can only get so far by studying books and audio – at some point you have to put them aside and step into a certain lifestyle and culture.

Language fluency and pronunciation is deeply tied in with identity. If you can identify yourself as a Spaniard, or Colombian or whatever you want to be, this will actually help you to bed in to the culture, and even speed up your language learning. It would be very difficult to learn perfect Spanish without knowing something about Spain and Latin American culture.

What to do now

I don’t want to fall into the trap of talking about learning languages without actually giving any practical advice! So, how can we adopt an actor’s mindset, and use relevant acting techniques to give our language learning a boost?

I realise these might be some of the wackier ideas out there about language learning, and you probably will think that they’re just a little too far out. I don’t care, it works for me! I’d love to hear any strange techniques you use that you wouldn’t normally tell people about – let me know in the comments below!