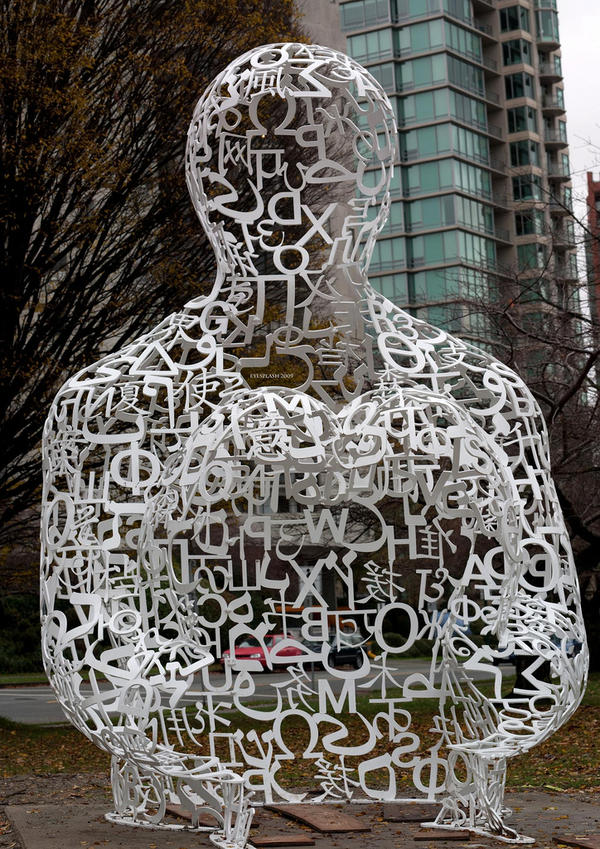 Today we’ll take a look at something that I feel is extremely important to grasp if you wish to reach fluency in a foreign language; that of avoiding word-for-word translations.

When learning a foreign language, especially one that differs dramatically in grammatical structure, it is tempting to translate word-for-word what you’re reading. For example, in Korean and in Japanese, the verbs come at the very end of sentences. In short, the word order is the exact opposite of English and most Western European languages. Partly due to this, when people start learning such a language, they tend to translate word-for-word what they read or hear.

Let’s look at an example sentence to make things a bit clearer:

This simple sentence means “Yesterday I went to school” in Korean. If we were to directly translate this word-for-word, however, it would be rendered as: “I [subject particle] yesterday school to went.”

Here’s another example, this time in Chinese:

This means “I can speak, but I cannot write,” but translated word-for-word, it would be “I know how speak, no know how write.”

Now, of course it is tremendously confusing if you think about the two above sentences in terms of word-for-word translations. Can you imagine getting into this habit and later finding yourself doing this with longer and more complicated sentences? If you end up thinking this way, you will quickly find yourself unable to make out any sentence of your own because your brain will be too confused and busy analyzing word order and grammatical patterns.

While Korean and Japanese are languages that vary dramatically in word order compared to English, word-for-word translations should be avoided for just about any language. Even the simplest sentences should be thought of as loose translations, for example “la maison rouge” in French should be thought of as “the red home” in English and not “the home red.” Of course, it’s a good thing to know that the adjective in this case comes after the noun, and that “rouge” actually means “red” and not “home,” but when you read or listen to these particular words, you should associate them with the general idea of “a red home.”

In an interview I did with Alex Rawlings, crowned Britain’s Most Multilingual Student, Alex emphasizes the importance of thinking in sentences and ideas. Whether “I went to school” in Korean is translated as “I to school went” doesn’t matter, he says. What matters is that the sentence in Korean expresses very much the same “idea” of somebody who, in the past, went to school. The order of the words doesn’t matter, and you shouldn’t get hung up on them. He also adds that he doesn’t learn vocabulary by looking at individual words, but rather by learning entire sentences, thus always acquiring new words from context.

I have come across many students who translate word-for-word what they read or what they want to say back to their native tongue. They read a text in a target language, and I know they understand what they’re reading because they’re high-intermediate learners who have an extensive vocabulary, and yet I see them literally turning the word order around and translating what they’re reading into their native tongue. Unsurprisingly, these very students are the ones who have a lot of trouble constructing flowing sentences in their target language. When they speak, they always seem to think too much about what they want to say and they stutter and hesitate a great deal. While their grammar and their pronunciation may be good, they are unable to speak in a flowing manner and express themselves naturally, even with simple sentences.

Avoid Thinking in Your Native Tongue as Much as Possible

This brings us to the issue of trying to avoid thinking in your native tongue whenever possible. I wrote a post a while back on this very subject, which I highly encourage you to check out if you haven’t done so.

Basically, in the beginning stages of language learning, it is hard to think in the target language simply because you cannot understand anything without having translations (although you could have pictures, which is the foundation of the Rosetta Stone method). When you have to, simply make sure you translate everything in a loose fashion. In other words, think in “ideas.” Forget about individual words and focus on the message as a whole. Otherwise, you’ll lose sight of the bigger picture. 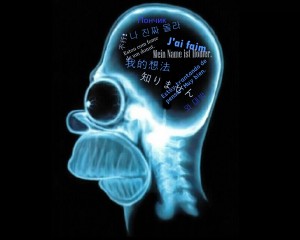 The next step on your road to fluency is to try and force yourself to think in your target language. Once again, Alex Rawlings has a lot of really good insights on this topic (see interview from 4:30). Basically, as you become skilled at thinking in terms of sentences, ideas, and even pictures, it’s time to slowly but surely get rid of your native tongue, which, while always useful to get quick translations and grasp more difficult ideas, can quickly become a crutch in the more advanced stages if relied on too much.

That’s it for today’s post. I hope the advice today will prove to be useful to your study of foreign languages, and I would love to hear your opinion on what I have just argued in here. Have you ever had trouble because of word order? Have you ever been hung up on individual words, and found it hard to break through the beginner or low intermediate stage? Comment below!