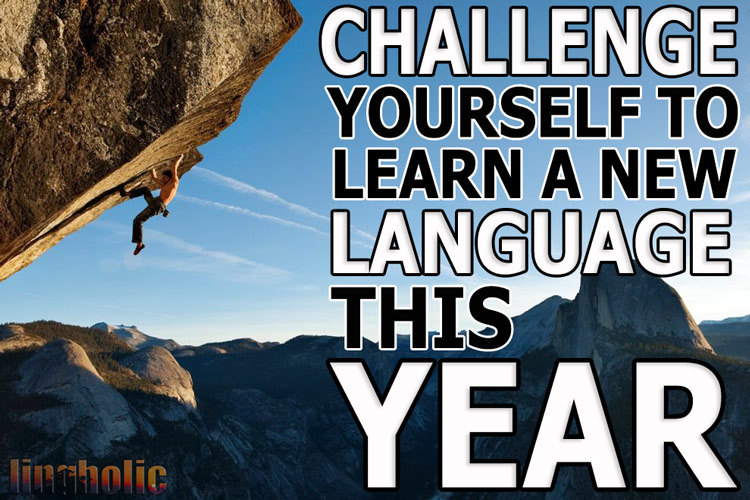 **Note: The newest Add1Challenge starts on March 9th 2015, and registration is now open until March 5th only. Reserve your spot early!

What if you started learning that foreign language that you’ve been dreaming of learning all this time, without giving up after only a few days? What if you could have an actual conversation with a native speaker after only a few months of study? What if you had a community of like-minded language learners to support you during this tough but oh-so-rewarding journey that is learning a foreign language? What if you could get regular feedback on your progress and get the chance to speak to world-renowned polyglots who have studied dozens of languages successfully?

My good friend Brian Kwong is the founder of the Add1Challenge, and this is exactly what the challenge that he had set up originally in 2013 aimed to do: bring a community of serious, dedicated language learners who are passionate about what they do and who have the common goal of reaching basic conversational fluency after 90 days of study. Sounds too good to be true? Some of the previous Add1Challengers have come up with some pretty impressive results that you should definitely see for yourself.

Now on its fifth round, the Add1Challenge is welcoming again, for a limited period of time, budding language learners who are looking for a real challenge for 2015 (and the years to come!). This is an opportunity to set goals for yourself, get awesome support from a community of language learners, and learn from some of the most successful language learners you’ve probably heard of. Best of all, for those who show the best results after the challenge ends, some pretty awesome (and I mean, totally kick ass!) prizes will be given away. But I’m getting ahead of myself.

Why Would Anyone Want to Learn a New Language?

Chances are you’re reading this post because you have an interest, as mild as it may be, in language learning. After all, this site’s name is Lingholic, right? So I might be preaching to the converted here, but through my years of experience learning multiple foreign languages, one of the things that has kept me going no matter the amount of obstacles I’ve come across along the way is the constant reminder of just how rewarding learning a new language can be. And I don’t mean rewarding just in the financial sense of the term, but on all aspects: personal, emotional, social, and psychological.

In fact, one of the most popular articles on this site has as its title “Ten Amazing Reasons Why You Should Learn a Foreign Language,” and as you might have guessed from reading that title, the article does delve on the issue of just how much, and why, learning a new language is a fantastic, mind-opening experience that opens up a world of possibilities.

Why Does Language Learning Have to Be So Hard?

That sounds all sweet and fluffy, but why is it that so many people fail to become proficient at learning foreign languages? Indeed, a 2012 European Union Working Document has data showing that the share of students in school reaching the level of “independent user” in their first foreign language is 9% in England and 14% in France. That’s roughly the success rate of Americans and other native English speakers, which means that over 85% of people fail to become proficient in a foreign language in those places.

From my own experience, and through numerous interviews I’ve had with world-class polyglots, I’ve found that motivation, passion, and consistency play a central role in becoming a successful language learner. You’ve probably heard before that setting specific, challenging goals (or “SMART” goals) can powerfully drive behavior and boost performance. Once you have the right goals, it’s also important to develop healthy habits, and get constant feedback to improve your performance and to have the support, moral or otherwise, necessary for your success. And last but not least, having the right tools at your disposition can help a tremendous lot too.

The problem is that those 85% of folks who don’t fare too well at the end of years upon years of study probably don’t have all of those tools in their toolkit. So how can you be smarter than them and get the results that you want?

Here Comes the Challenge of the Year

If you’re serious about language learning, and if you want to go from a literal beginner to an intermediate language learner who can have day-to-day conversations with native speakers on basic topics in the language of your choosing, I want you to seriously consider joining the Add1Challenge. My friend Brian Kwong is an amazing, inspiring guy who’s been travelling around the world and learning languages over the past few years, and the Add1Challenge he has founded is an amazing initiative that has shown incredible results to those who took the time and effort to participate in it. 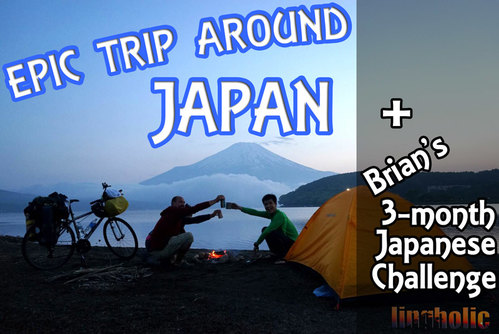 You can sit in your chair and wait for that magic pill, special shake, or special learn-a-lang-in-your-sleep-miracle-method to arrive at your doorstep. Or, you can actually take control of your own learning, understand the long way you have to go, and get the support from the right people and the right community to do it right from the get go, all in the comfort of your own home thanks to the wonders of modern technology. The Add1Challenge has become more refined over time, and past participants have told some amazing stories about the results they’ve gotten out of it.

I welcome you to join this challenge and become part of a community of dedicated language learners because I know that it works, and if I had had access to this kind of opportunity a few years back, I would’ve jumped on it without thinking twice.

So what can you expect out of this Add1Challenge?

If you put in the time and effort to learn your target language, at the end of the 90-day period you can expect to:

Registration opens on December 30th and closes on January 7th. Before the Add1Challenge formally starts on January 12th, you’ll then have a few days to prepare the materials you need and come up with your game plan for the 3-month challenge. Keep in mind that there’s a cost to register for the challenge though, but this includes the chance to win amazing prizes (worth many hundreds of dollars) if you do exceptionally well,  get support and feedback from world-renowned polyglots such as Benny Lewis and Richard Simcott, and have access to tips and videos from those who have made it and who know what it takes to succeed at learning a foreign language.

Watch this video of Brian introducing the challenge and talking about what exactly constitutes the biggest road block to fluency. .

Good luck to you all, and I look forward to hearing your inspirational language learning stories in 2015!

13 thoughts on “Challenge Yourself to Learn a New Language”