Hey guys! This week we have a guest post from Billy, hailing from GoBillyKorean. Billy initially caught my attention with his professional-looking, entertaining, and instructive YouTube videos on how to learn Korean. Billy speaks Korean fluently, a language he started learning back in 2005. Besides Korean, he has a good command of Japanese, and has studied French, Mandarin, and Cantonese in the past.

How Languages Became a Part of My Life

From time to time I get asked the question, “Why study a foreign language?” I received my bachelor’s degree in Korean, so perhaps I’m going to be a bit biased, but let me try to explain.

Actually, I might be really biased. I’m fluent in Korean (I should probably point out that I’m Caucasian, since apparently the general understanding is that most people who speak fluent Korean are… well, Korean.), but I also speak proficient Japanese, conversational French, and basic Mandarin and Cantonese. Oh, and English. And Pig Latin and Obish, if you count those. And a few simple languages I made up myself in high school and college. Languages have taken a large portion of my life, but I don’t regret it at all. Rather, the more I study other languages, the more I can learn about my own language, and that in turn helps me to learn even more about other languages. 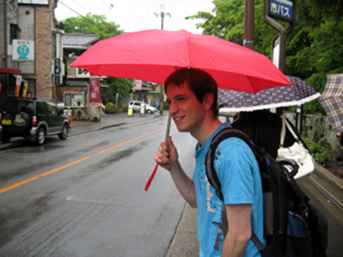 Korean was my third foreign language. My first was French, which I studied for all 4 years of high school. Although that should have been enough time for me to be able to speak it fluently now, I never took the classes seriously. I was shy as well, and didn’t want to practice my speaking in fear of making mistakes. Instead, I would focus and study extremely hard for ten minutes before taking a test, putting the vocabulary and grammar in my short term memory, then forget everything after class was over – at least this is what I thought I was doing. But I wasn’t forgetting the answers completely. I found that through studying hard this way I was pushing the information into my memory more permanently than I thought. Although I couldn’t immediately recall the English translations of the French vocabulary I had studied, I was able to easily identify them from a list, and still understand what many of the words meant even years later. This was the start of my interest in languages. “All I need to do to learn a foreign language is study hard!” I realized. It seems obvious reading it now, but it was like a revelation to me while finishing high school. And that’s when I started Japanese.

I didn’t want to make the same mistake of slacking off this time like I did with French, so I focused all of my energy for two years into learning the Japanese language. During those two years I purchased every book on Japanese I could find at the bookstore that seemed useful in any way, began watching Japanese comedy shows and news programs on television, took two trips to Japan, made dozens of Japanese friends (most of which I still remain in contact with), and became proficient at speaking, understanding, reading, and writing the language. I took a dive into the culture completely, and fell in love with it. I considered a part of my heart belonged to Japan, and found myself studying the most niche aspects of the culture. I began studying karate, not because I thought Mr. Miyagi in Karate Kid was amazing, but because a class was taught by a friend of mine and I wanted to experience everything related to Japan that was available to me. But I was still too shy to speak out. I knew a lot of Japanese, but I wasn’t confident in my own abilities. Despite being able to watch Japanese television and send letters to my pen-pals, I was too shy to speak up unless talked to. Much of that changed once I began learning Korean.

I started studying Korean intensely almost 8 years ago. This was going to be the culmination of all of the techniques I had learned – how to cram vocabulary through French, how to immerse myself in the culture like I had done with Japanese. I also now knew the importance of speaking up and not being shy, so I worked hard at opening up to people before being talked to. I spent every free hour I could for several months studying the language as much as possible, and then flew to Korea to live there and experience the country and language first hand. I was obsessed with learning Korean before leaving to Korea, but even more so once I had arrived. Although I made some English speaking friends while living in Korea, most of my time was spent among Koreans, using Korean, and living with Koreans. My French teacher once told me that when you have to speak a language to survive, you can learn it rather quickly. But my motivation was enough to keep me going on its own.

Upon returning from Korea, I continued to study the language and immerse myself in the culture. I chose Korean as my college major, have been back to Korea every year, and have made many new friends there. While back at home, I spend most of my free time teaching Korean online in various groups, and through my YouTube channel and website. I also still study languages, and I don’t think I will ever stop being a language student.

How Can You Stay Motivated

Whether you’re learning a foreign language for fun, for a relationship, to make friends, for business, or for travel, I don’t think the reason is that important, nor is one reason more honorable than another. The main point is this: do it because you want to do it.

The Rewards of Learning a Foreign Language

So now you’ve decided to study a foreign language, and you’re wondering how it will be useful to you once you’ve learned it. I’ve rambled in this article about why I’ve studied foreign languages and how I’ve done it, but now let’s get to the rewards section. Let’s talk about what’s good about knowing a foreign language.

Friends: What language are you interested in learning? Korean? There are 80 million people who speak Korean. That means you have 80 million more people you could potentially meet and become friends with. Mandarin? Try 800 million. You’re not going to meet all of them, but that’s a significantly sized pool of possibilities. Being able to break down language barriers has allowed me to gain some of my best friends, in addition to my English speaking friends. Except when everyone starts poking you randomly on Facebook, there’s nothing wrong with having more friends.

Dating: I didn’t study Japanese to date Japanese women, or Korean to date Korean women, but I have gone on dates with both. Similar to making more friends, you’ll also have more options in your relationships. It’s hard enough finding someone who matches with your personality, so it doesn’t hurt to have more options. I know plenty of people who went this route and are living happy lives. 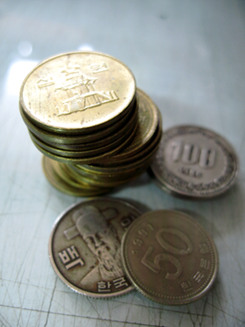 Employment: My last two jobs were offered to me because I could speak Korean and Japanese. In addition, there was a bonus for speaking a foreign language. I was able to get an extra bonus on top of my bonus for speaking two languages that they needed. And it’s easy to see foreign languages as useful for employment in the future too, especially with the world becoming more integrated through the internet.

Eavesdropping: Maybe I shouldn’t include this one in here, but haven’t you wondered what people are whispering in other languages when they’re around you? Perhaps they’re talking about you, and perhaps they’re not. From time to time I’ve found that they are, although usually it’s been positive. Did a pretty girl on the bus sitting behind you tell her friend that she thinks you’re cute? How about turning around and thanking her right after. Take another look at the section titled “Dating.” Depending on how common the language you are learning is, this might not be as rare of a situation as it may seem.

Tolerance: By tolerant, I mean becoming more understanding of other people and their cultures. I think that living in my own bubble would cause me to look at other people in only one way. Getting out of my comfort zone has taught me a lot about the world around me, and made me think differently about myself as well. Self reflection and self improvement are another positive side effect of learning a foreign language.

Experience: I’ll end with this point. Culture is language. In order to learn another language, you have to learn another culture. Would you consider somebody truly fluent in the English language if they didn’t know what an apple pie tastes like? How about if they didn’t know the melody to “Hey Jude” by the Beatles? When you learn another language, you will get to learn these same kinds of cultural references, but for a different country. I’ve found more music that I enjoy listening to, more media that I can consume, and more food that I love to eat, all just from studying foreign languages.

There are so many interesting things out in the world, waiting for us to find them. There are still many things waiting for me as well that I look forward to discovering. Experience learning a foreign language for yourself and you won’t regret it. Good luck to all of you in your studies, whatever they may be, and remember to stay motivated. Learn a language because you want to do it, and you’ll find your own, unique benefits that come from it. 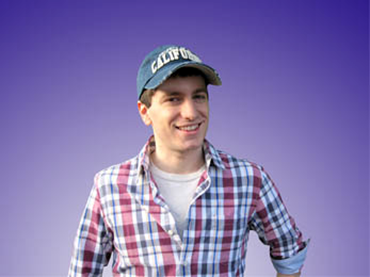