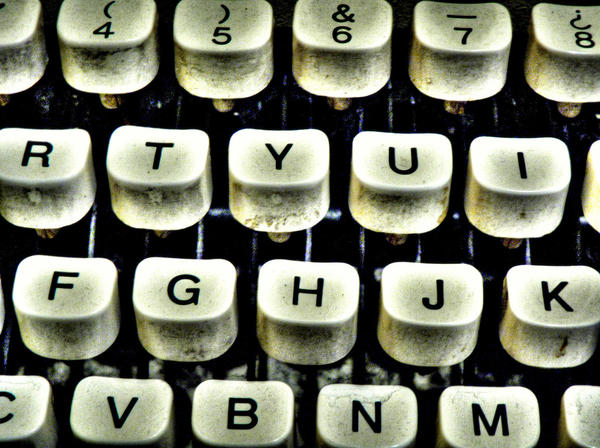 Today’s post deals with the issue of developing one’s writing skills. whether it be in a foreign language or in your native tongue. Language skills are typically divided into four areas: reading, writing, listening, and speaking. Because in reading and in listening the language user is passive, i.e. he does not have to generate his own grammatically correct language or have the right word at hand, these two skills are intrinsically less challenging than writing or speaking.

Speaking and writing make use of your productive (also called active) knowledge of vocabulary, whereas reading and listening make use of your receptive (also called passive) vocabulary. This is a topic that I will come back at in a later article, but for now, suffice to say that writing is something quite hard within the realm of foreign language acquisition, yet it is something many of us need to master, whether for writing an exam, writing for one’s own enjoyment or hobby (i.e. a blog, a book), or for work purposes. 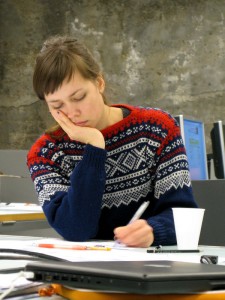 In this post my aim is to give you a clear set of tools that you can use right from today to dramatically improve your writing. More specifically, I devised a method, which I call the “Lingholic Method,” to help you improve your writing, expand your active vocabulary at a faster rate, and improve your ability to memorize new words and unconsciously grasp complex grammatical structures. Sounds too good to be true? Keep on reading!

The method I am introducing today is what I call the Lingholic Method. The Lingholic Method is a method I devised quite recently, and it was influenced by a few methods, most notably Luca Lampariello’s back-and-forth translation method, David James’ Goldlist Method, and Mike Campbell‘s (Glossika) Mass Sentence Method. In addition to these influences, I have drawn from my own experiences in learning several languages, from writing classes I took back at university, and from foreign language tests and exams I have taken and practiced for, to devise this method.

If you think about it, whether you’re a musician, a chess player, a professional golfer, a magician, an Olympic swimmer, or a New York Times bestselling author, chances are you have learned your trade by copying the greats. That is, you have carefully examined and copied people who are (or were) experts in their fields (people who have put the so-called “10,000 hours” necessary to become masters in their field). Thus, to get to where you are you have most likely been influenced by several experts in a given field, and mixed their styles to form your very own. If this is not what you have been doing until now, well… it’s not too late to change your way of doing things. 🙂

I should add that this is virtually how every single artist develops his/her craft. The word “copy” tends to have a negative connotation, because we associate “copying” with “plagiarism”. But there is nothing wrong with copying what others do in order to eventually develop our own style. In fact, there is no other way to become good at something. If I want to become a really good rock guitarist, for example, I’ll probably end up copying hundreds of solos and songs from Jimi Hendrix, Eric Clapton, Santana, David Gilmour, you name it. After years of copying what the greats have come up with, I’ll eventually come up with my own solos, my own riffs, and my own music.

In foreign language acquisition, we copy native speakers, people who, for all intent and purposes, have put many more than 10,000 hours of practice into developing fluency in their language. For this reason the only way to get better at speaking a language is by copying how native speakers speak, and by practicing this very skill as often as possible (by actually speaking the language, that is).

Thus, the basic proposition of the Lingholic Method is that if you want to become better at writing, you should copy texts in addition to getting as much writing practice as possible. In other words, armed with enough Comprehensible Input, you get the feel for what is “correct,” and by assimilating enough sentence patterns, vocabulary, and grammatical structures, you will able to eventually produce new, original content on your own without making tons of mistakes. Sounds simple? Of course it is simple, that’s what’s great about this method. However, blindly copying just about any text is not what I’m recommending. While the method is quite simple, I will spell it out for you point by point, making sure to underline the important details that will make the magic happen.

1) Copy texts that you have an interest in, and that are suitable to your level. With millions of websites at your fingertip, finding texts in a foreign language should definitely not be an issue if you have access to the internet. Look for blogs, the news, interesting articles, books, short stories, or copy texts from a language textbook. 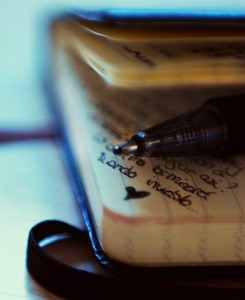 This method works best when you have reached an intermediate level in a given language, since this is usually when you can truly start reading about topics that you have a deep interest in (rather than going through a beginner’s textbook). If you are still at a beginner’s stage though, things such as children stories and example texts from textbooks can certainly be useful.

The reason why copying texts with topics that really interest you is important is due to the fact that your memory naturally works much, much better when your emotions are involved. You also need to deal with material that you can understand for the most part, or else it will be hard for your brain to process the information and to naturally acquire vocabulary and grammatical structures along the way.

2) If you want to combine this exercise with polyglot Luca Lampariello’s back-and-forth translation method (the method he uses to remember words and sentence structures and quickly gain fluency in a foreign language), you can do the following: after having initially read and copied a text, try to translate it back to your native tongue and then check for mistakes with the help of a native speaker (the preferable way) or a dictionary. A few days later, go through your translation and try to translate it back to your target language. By doing so, you force yourself to convey a message. Your desire to say again what you previously translated will help you enormously to remember words. As Luca emphasizes (see our interview for more on that), the words “stick” as a consequence of wanting to say something, to convey a message.

3) As David James recommends in the context of his Goldlist Method (advice that is equally applicable to the Lingholic Method), when reading and writing you should be as relaxed as possible so that the unconscious memory works nicely. It’s important that you do not feel stressed nor distracted when copying texts in a foreign language. As David adds, this is the reason why good audio course such as Michel Thomas and Pimsleur emphasize the use of the pause button. “You have to have the feel that you are in control of the timing at which the language is coming at you and can repeat any part of the recording ad nauseam if necessary.” 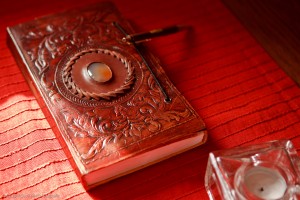 4) Lastly, it is absolutely essential that you copy texts by hand, and preferably in a beautiful hard back book, as neatly as you can. I think having a nice book specifically dedicated to your writing exercises is important because first of all, you will be able to take pride in having this nice book and it will be easy to go through your writings for reviewing purposes. The reason you need to copy texts by hand and not by typing words on a computer is to make use of the natural memory that is linked to handwriting. As David James underlines, handwriting is a long-term memory function, which is why your signature always comes out the same, year in, year out, and you don’t even need to think about it consciously. Second, having a book only dedicated to practicing your writing will make it easier for you to develop a healthy routine, and your brain will associate the book with a specific set of skills that you will be focusing on in each session.

This is the first part of the Lingholic Method and the aim of this whole routine is to develop what I term “core writing skills.” Mike Campbell, Glossika’s founder and the deviser of the “Mass Sentence Method” (MSM), has said that beginning language learners simply make too many mistakes in the early stages to be able to make up their own sentences. Hence the idea of a Mass Sentence Method was born, where a teacher (or a textbook) reads out loud dozens/hundreds of sentences, after which the student is prompted to repeat.

The MSM of language learning is similar to an assimilation-based learning program—armed with enough Comprehensible Input, you get the feel for what is “correct.” In other words, if you say something correctly enough times, it’s going to intuitively feel wrong to say it incorrectly. Additionally, the student will assimilate enough sentence patterns and vocabulary to be able to produce new, original content on their own. 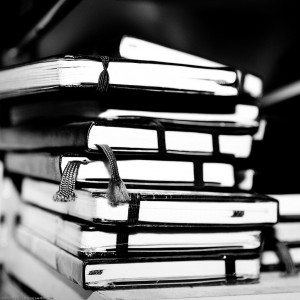 The second part of the Lingholic Method, then, is to actually end up producing new, original content on your own. This is the necessary path of progression that your language learning journey should follow, and ultimately if you really want to get good at writing (whether in a foreign language or in your native tongue), you will simply have to write, write, and write, and get feedback.

Getting feedback is crucial in order to improve your writing, and it is something you should not neglect. The best way is to either have a native speaker friend or a tutor look over your writing and tell you exactly what needs to be fixed. By having constant feedback and by focusing on the areas that you have difficulty with, you will see amazing results in a short amount of time.

That’s it for today’s post everyone. I hope you’ve found this introduction to the Lingholic Method to be useful to your studies, and if you think any of your friends or acquaintances might benefit from it, please share this article on your favorite social media website.

If you intend on trying it out, I would really love to get feedback from you and see what works and what doesn’t. Remember, though, that while you may see results in the short-term, improving your writing is not something that will happen overnight, nor is it something that you will actually suddenly notice. It’s a long-term, gradual process, but I hope that my method will make the process quicker and smoother for you.

As always, I really appreciate hearing from you guys, and I love to read your comments and your suggestions. Thanks for reading all the way through!