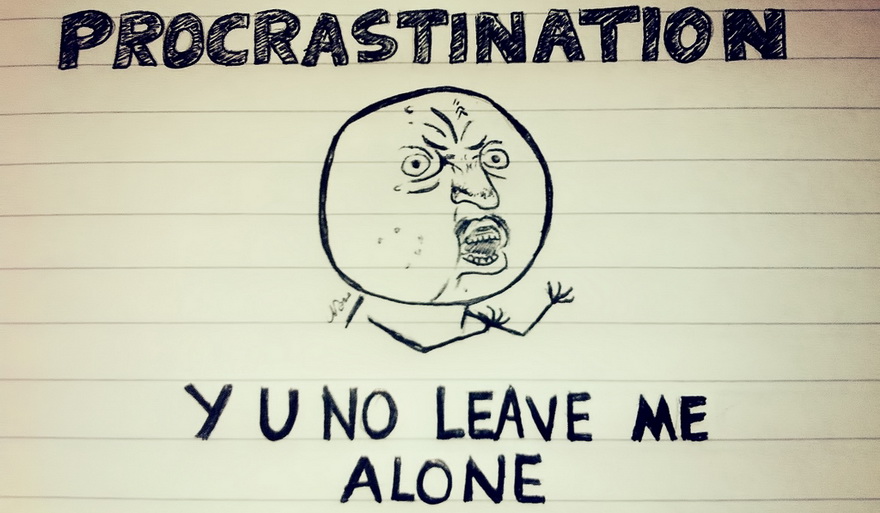 . . . anyone can do any amount of work, provided it isn’t the work he is supposed to be doing at that moment. — Robert Benchley, in Chips off the Old Benchley, 1949

Learning a new skill, whether it be cookery, martial arts, music, or languages, requires a tremendous amount of time and discipline. It requires the discipline, of course, to practice over and over again those areas that need improvement, and to practice regularly. As the old saying goes, “practice makes perfect”, but I’ve heard more than once that this is far from the truth, and I would tend to agree with the wise fellows who say so. Poor practice, in fact, can make you worse, and practicing something that is irrelevant to the skill you’re trying to develop simply won’t make you any better. No, the saying should go something like this: “Perfect practice makes perfect.”

Working at the office requires a lot of discipline, too. If you’re standing in front of a computer for most of the day, you need the discipline to actually focus on the work at hand, rather than visiting your Facebook page for the tenth time this morning or watching the latest goofy YouTube video that made a sensation. In fact, chances are that if you’re reading this post, you’re probably supposed to be doing something else right now, likely something more important that you know you have to do. Something that, for all purposes and intent, really should be done, like, ASAP. But… for some reason, here you are, doing something totally unrelated to your initial task. Welcome to the fabulous world of procrastination.

What is procrastination, and what can I do about it?

So… what are the solutions? There are many, of course, and if you’ve found yourself checking your emails way too often, typing irrelevant stuff on Google, or checking Twitter for the hundredth time today on your Smartphone—just so you didn’t have to study for your final tomorrow, or just so you wouldn’t have to review your list of Chinese characters—you’ve come to the right place. The first solution I’d like to offer is, well, not really a solution per se. Rather, it’s more like a procrastinating “hack” that will allow you to do stuff and to trick your brain into doing it… by doing other stuff. That, my friends, is called “Structured Procrastination.”

John Perry is an emeritus professor of philosophy at Stanford, and has a few comical posts on his popular blog, “Structured Procrastination.” The meat of his short essay on procrastination is that, and I paraphrase, procrastinators seldom do absolutely nothing; they do marginally useful things, like gardening or sharpening pencils or making a diagram of how they will reorganize their files when they get around to it. The relevant question, then, is why does the procrastinator do these things? “Because they are a way of not doing something more important,” is Perry’s answer. “If all the procrastinator had left to do was to sharpen some pencils, no force on earth could get him do it. However, the procrastinator can be motivated to do difficult, timely and important tasks, as long as these tasks are a way of not doing something more important.”

Take this blog post, for example. I am actually writing this from my office, at work. I have more important stuff to do, like preparing class material, for example. Or even stuff unrelated to work that is more important than writing this blog post, such as starting my online business, learning programming and web design, or networking with popular bloggers. Yet, I’ve found a good way to nonetheless get around writing this post, because not doing what I’m supposed to be doing is infinitely easier than the other way around.

Thus, by shaping the structure of the tasks that you have to do, and by ordering them in order of importance (tasks that seem most urgent and important are on top), you’ll most likely manage to do worthwhile tasks lower down on the list, because doing so allows you not to do the more important stuff you should be working on. So if learning a language is, right now, at the top of your list, I suggest that you invent yourself something more important to do.

This is the end of part 1 for this post on procrastination. In part 2, we’ll examine how to focus on what matters, how to do it in less time, and how to make sure we can actually get the stuff we have in mind completed.