How to Learn Chinese Mandarin: Where to Start And How to Keep Going.

The following post is a contribution of both: Dan, from  Chinese Breeze and from Learn Mandarin now. Hope you enjoy it!

Today we have Dan, hailing from Chinese Breeze, talking about how to start learning Chinese Mandarin   and how to keep going if you’ve already reached a high beginner or intermediate level. While Dan’s post is primarily aimed at learners of Chinese, he has a lot of awesome advice that can be applied by those learning any language. Enjoy!

So you wanna know where to start when learning Chinese, or how to gain momentum and push through to fluency? Read on, dear reader…

Despite being only a mere mortal like yourself (in that I am not yet fluent in Chinese, – but it is only a matter of time) I am quite experienced in learning languages and have developed strategies and techniques that have saved me literally hours, days, months, maybe even years. These I will share with you today, so that you may learn from my past mistakes and less time studying and more picking up Chinese chicks!

Okay, so, if I could impart only one thing on you it would be that confidence is half the battle.

If you spend too much time worrying about whether you will ever reach fluency, firstly, that is time you will not be spending injecting Chinese into your brain, but secondly, and most importantly, it will become a sort of self-fulfilling prophecy – you won’t enjoy the process, will associate Chinese with stress and essentially never become fluent.

This ‘blind faith’, as an atheist, is something that doesn’t come naturally to me. But you really have no choice but to take my word for it that if you:

Then fluency is an inevitable result.

“But, Chinese is such a hard language compared to French or Spanish!”

Don’t get sucked into this idea.

Chinese is not harder, Chinese is just far more different to English than most European languages are. Plenty of Westerners have managed to tame the beast. Off the top of my head, take Steve Kaufmann or Luca Lampariello, for example.

In fact, I would argue that Chinese is actually objectively easier and more logical than any other language I’ve come across (with the exception of Chinese characters – logical in theory, but struggle city in practice for anyone trying to learn it who doesn’t use it every day).

I could go on for ages about how simple and logical Chinese really is.
Also, don’t be afraid of tones. They can be learned naturally through extensive listening.

Although the sometimes vicious debate present amongst the language learning community would have you believe otherwise (I’m looking at you, Steve and Benny), there is no hard-and-fast rule to language learning. What works for some may work for others. What seems to be unanimous is that a lot of input in the form of listening and reading is needed at some stage, with output (speaking) following either once a good level of comprehension has been achieved or from the start, in addition to input.

Here is what I would advise for those beginning their Chinese studies, and for those already on the path. Learning Chinese can be struggle city. But only if you don’t have fun while you’re doing it!

Anyway, that’s all from me, for now.

There is an abundance of resources out there to help learn Chinese, yet it can all be very confusing and time-consuming for the new student to find the best way and the right materials to help.s

Wanting to provide some assistance to students, at one of the regular meetings of the Learn Mandarin Now team, we decided to commission a survey to find out the preferred methods savvy, modern, Chinese language students use. After some thought on how to do this, we agreed to ask 50 or so top bloggers what resources they use to get ahead with learning Chinese—after all…, they should know! 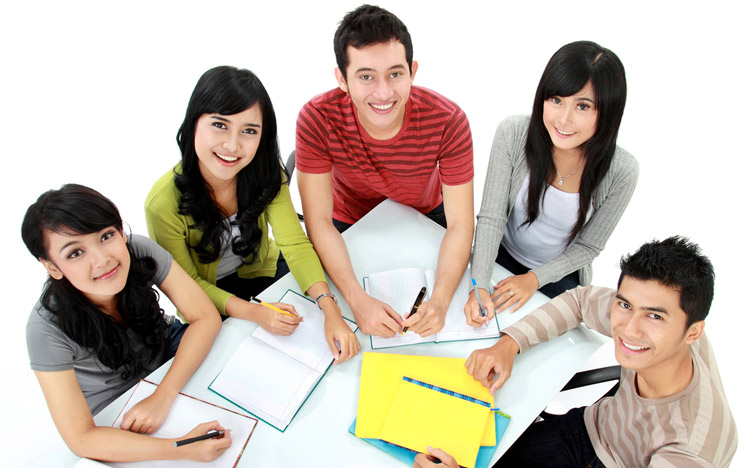 Just who did we ask?

Actually, we asked a wide cross-section of people including teachers of Chinese, native speakers, new and experienced students of the language (both Chinese from overseas and foreign students) and, of course, top bloggers.

The aim: to get a wide variety of opinions and suggestions.

For reasons such as ease of being able to study whenever the student wanted to and the variety of options on offer, the results, perhaps not surprisingly, showed that the preferred methods to learn Chinese are primarily web based. Other students, however, still preferred to learn and practice with other students or people in their day-to-day lives or via hard copy items such as books.

It was both exciting and rewarding for us at Learn Mandarin Now to do this survey and we may well repeat it at some future date. If you’d like to know more about the results in detail you can also read: How to learn Chinese: great tips from 50+ top bloggers, one of our other related articles.

73 thoughts on “How to Learn Chinese Mandarin: Where to Start And How to Keep Going.”