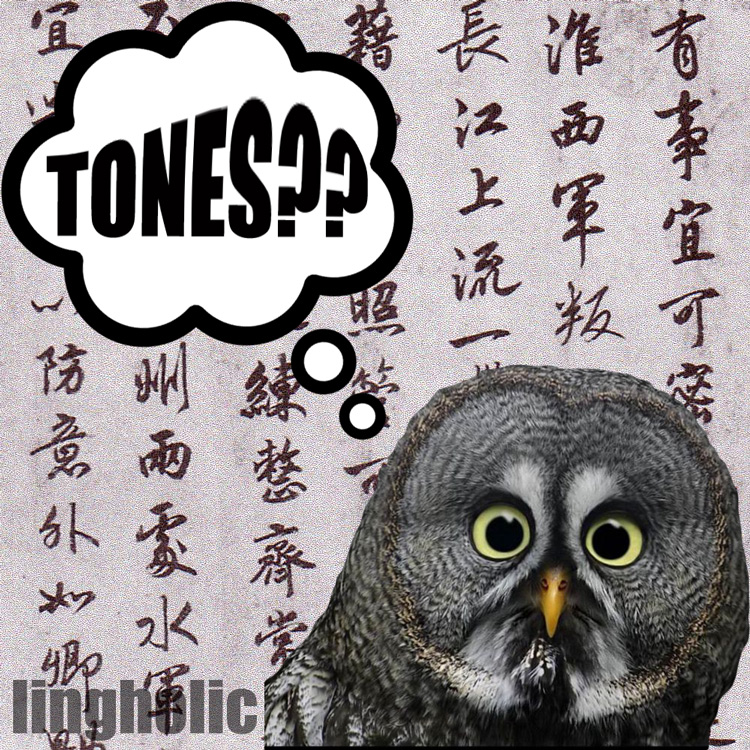 Whether you’re learning any of the Chinese dialects found throughout East Asia, a Southeast Asian language such as Thai or Vietnamese, or even Punjabi (a language spoken by over 130 million native speakers throughout Pakistan and India), you’ll have to deal with the dreaded issue of tones. There seems to be a mysterious aura surrounding tones, and many aspiring language learners are often put off by horror stories of people who just could never get it right. Some claim to be tone deaf (you can test your ability to listen to different tones here, but more on that in the interview you’ll listen to just below), while others can’t support the boring tone drills that their classroom teacher puts them through.

But if we think about it, if hundreds of millions of native speakers across continents have learned to master their own native language, no matter how many tones it has, wouldn’t it be reasonable to believe that in fact, anyone can do it too—with a good amount of effort and the right method? Today, we’ll examine exactly how you can learn a tonal language effectively, and we’ll do this by first getting some really good advice from somebody who makes a living teaching correct pronunciation in foreign languages.

I have had the chance to interview Idahosa Ness, a Musico-Linguist and pronunciation coach who speaks 7 languages, so hopefully that’ll be hugely helpful to your learning endeavors. Idahosa Ness is the founder of the Mimic Method, and he really knows what he’s talking about when it comes to pronunciation and tones. His pronunciation in all of the languages he speaks (including Mandarin Chinese) is simply mind blowing. After listening to the interview, if you still do feel like you might need some professional coaching to help you master tones or the pronunciation of another foreign language, be sure to check out the courses he teaches, entitled “The Flow Series,” or subscribe to his free e-course “Flow 101.”

Once you’ve gone through the interview, I strongly encourage you to read through the remaining article, since I included lots of additional tips and ideas, and I shared another video, this time made by polyglot Stuart Jay Raj, on how to pronounce tones.

How Tones Are Normally Taught in Textbooks

Tonal languages, most notably Mandarin Chinese, are usually taught in textbooks and classrooms in a very specific way, something I (and many others) call the “bottom-up method.” This method starts by teaching you the tones of the individual syllables of words—i.e. the basic building blocks—and then moves on to words (which can be mono-, bi- or trisyllabic) and finally to whole sentences. This is the exact opposite of how people naturally acquire their mother tongue, or how people in an immersive environment would learn to speak a foreign language. It seems logical though, and after all, since it’s used in textbooks all over the world, it must be the right way to go, right? Well, let’s delve a bit deeper into this issue before continuing, and hopefully we’ll be able to shed some light on this issue.

You might be surprised to hear that English also has tones. Indeed, native English speakers use tones to impart emotional value to what they’re saying. Single word questions end in a rising tone, just as expressions of surprise often do. In Chinese, however, tones are used for a different purpose, that of changing the literal meaning of a word. So of course the analogy here doesn’t fully work, but it’s still good to observe that most people who learn English usually “assimilate” the tones of the language through repeated exposure. But what about word stress in English? In English, almost every single word with two syllables or more has at least one stressed syllable. Let’s take the example sentence below:

I studied economics at university and graduated last September.

I put some syllables in bold to show you where a native speaker would normally put the stress on each word. Word stress in English is something that is totally random and that can even change depending on the dialect you’re using. Word stress can also, at times, change the meaning of a word (think of dessert, the sweet stuff you eat after a meal, or the Sahara desert; the only thing distinguishing those two words in spoken English is the stressed syllable) or change the part of speech of a word (suspect is a noun, whereas suspect is a verb). I bet you’re already starting to have a headache by now, aren’t you? Chances are, if you are a native English speaker, you probably didn’t even know about what I just told you in this paragraph. Just as a native Chinese speaker has no clue about his or her language’s tones until somebody actually tells them.

Now, let’s imagine for a moment how dreadful it would be to learn English if you started by learning the individual syllable stresses for each and every word, before actually “graduating” to stringing whole sentences together. My bet is that a lot of people would simply give up after a few days/weeks of study. Your brain would be so busy processing all the information about word stress that you probably wouldn’t be able to string together a natural sounding sentence after months of study. So how do people learn to pronounce syllable stress, then? The answer is, usually through repeated exposure. In all fairness, a lot of people never learn to properly pronounce English words (I vividly remember my economics professor at university who, ironically enough, couldn’t pronounce the word “economy” with the proper stress).However, people who are attentive enough and who genuinely wish to improve their pronunciation usually manage to get it mostly right through repeated listening, by copying how native speakers talk, and by, when needed, practicing individual words that are harder than others to pronounce. They follow a “top-down approach.” So what about Chinese?

How You Should Learn Tones

By now, you should have an idea of the direction I’m going with tones and the “top-down approach.” In this section, then, I will show you how well-known polyglots and I believe we should learn a tonal language.

Luca Lampariello has learned 12 languages and is by any standard an accomplished and inspiring polyglot who has a lot of great advice when it comes to language learning. Luca has learned Mandarin Chinese a few years ago, and he wrote a great post on his blog in late 2011 about how he thinks one should learn tones.

“Very often the combination of Chinese tones and characters causes a lot of students to give up too soon,” he says.“Yet more than one and half billion Chinese, as well as a vast number of foreign students speak impeccable Chinese, showing that Chinese tones are not impossible to learn.” So what does he advise?

Children hear whole sentences. They don’t start with syllables. They simply hear chunks of a language and then identify the single components by themselves. As adults, we tend to think that we can figure out the structure of a language by analyzing every single aspect of it, and we lose sight of the general, broader picture. As adults, we still have the capacity to hear, but we have partially lost our capacity to listen.

In order to restore this capacity one needs patience and a bit of open-mindedness. Only a few months after starting learning Chinese “the traditional way,” I realized how important it was to listen to whole sentences. The bottom-up approach had suddenly turned into a top-down approach: one starts by uttering a whole, simple sentence and then moves downward towards its individual components.

Luca has also recently taught a Masterclass in Moscow, Russia, about phonetics and language learning. In the first part of his Masterclass, Luca spoke about what he considers to be one of the most fascinating aspects of language-learning: phonetics. He explains how an approach based on learning the pronunciation of individual words and then moving on to whole sentences causes problems in learning proper intonation.“Language,” he says, “is like a net to which words are attached.  Each phrase is a tiny net in which the phonetic elements are not just a sequence of segments, but are a combination of elements that influence one another.”

I share, as you can see, a similar philosophy with Luca (among others). I firmly believe that following a top-down approach is the way to go, as this will not only make your life easier, it will also make you sound much more natural and bring you to fluency in a much shorter amount of time. However, you still need to follow some kind of plan and be rigorous in your study. Simply listening to sentences and repeating them without ever confirming whether you get the pronunciation right is a road to disaster. Idahosa gave a lot of great advice in this respect in our interview, but here are a few additional guidelines that should get you started on the right foot:

Do you have experience learning a tonal language? How did YOU go about learning one? What worked and what didn’t? Or perhaps you have questions related to this post? As usual, it’s always a great pleasure to read your questions and comments. The online language learning community is there for a reason: to help and support each other!! Thanks for reading all the way through, and if you have found this article useful, share it with your friends and “like” lingholic on facebook!

4 thoughts on “How to Learn Tones in a Foreign Language”