How Important is Grammar in Language Learning?

based on the Classical Method employed since as far back as the Middle Ages for teaching Latin and Greek, forces students to memorize declension and conjugation patterns, vocabulary lists, and other grammatical rules. Essentially a medieval method of teaching languages based on rote learning; sounds irresistible, doesn’t it? 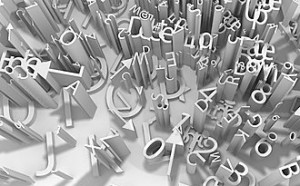 As surprising as it may seem (maybe not if you actually remember what it was like to learn a language during high school), this method remains one of the most popular up to this day, partly because it allows to easily gauge “foreign language ability” (whatever that means) through standardized tests.

This method has been particularly successful at making people hate learning foreign languages, and it has been particularly unsuccessful, I’m afraid, at making people fluent in foreign languages. In fact, the method’s severe shortcomings has sparked a debate (better late than never, as they say) that rages up to this day: really how important is grammar in language learning, and should language schools get over their grammar and standardized tests fetish?

Learning Grammar… Do I Have To?

I like to think that there is no one-size-fits-all solution; in other words, we all learn differently, and some methods will work well for some and not so well for others. If true, this statement brings up a serious issue: language classes typically cater to one type of student. If you’re not the ideal learner for the method used in a particular language school, too bad. You might feel discouraged and give up since the kid next to you seems to be doing so damn well, and you’re not. You weren’t born with the “language gene,” after all.

While I do believe we all learn differently (up to a certain degree), my experience learning languages in high school and university, as well as the experience of numerous highly successful language learners I’ve interviewed over the past year, all point to a similar direction: focusing on grammar at first is simply not the way to go. Does that mean you don’t have to learn grammar at all? Not really. Just later, and with moderation.

So How Should I Approach Grammar? 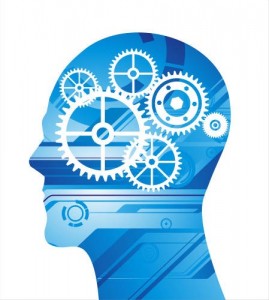 I like to think of language learning from a top-down approach. You look at the big picture first, and then as you go, you figure out the details. This is similar in many ways to the strategy of guessing based on past experience, also known as inductive reasoning, and it’s awesome. In fact, as Kathryn Schulz says, it’s the engine that drives the entire miraculous machinery of human cognition.

The theory that you should add the suffix “-ed” in order to form a past tense verb in English, for example, is a brilliant inductive inference. It’s largely correct, it teaches you a huge number of words in one fell swoop, and it’s a lot less painful than separately memorizing the past tense of every single verb there is out there. Of course, it also means that sooner or later you’re going to say things like runned and eated and swimmed. Big deal. But really, you’ll get yourself understood anyway, and you’ll eventually overcome these small mistakes.

Grammar makes sense only if you’ve been exposed to the language for a reasonable length of time. As Benny Lewis says, “studying grammar until you knew it perfectly wouldn’t help you in the slightest bit if you had no words to fill it in, or confidence to use what you know with actual human beings.” He adds something that I fully agree with, and that I believe is worth quoting at length:

My general advice for beginner second-language-learners when it comes to grammar is simple: Don’t make it a priority, or better yet, skip it and come back to it later, after you have already gained the confidence to speak using set phrases and gotten a feeling for the language in a real context.

Don’t make grammar a priority. Think about it: why exactly are you learning a foreign language? If it’s to actually communicate with human beings, you should consider mostly skipping grammar and coming back to it at a later point. The best thing with this approach is that you’ll get all those “ha-ha!” moments. After having been exposed to the language for a while, you’ll read about a certain rule and then suddenly all the pieces of the puzzle will fall into place. That’s an approach that language methods such as Assimil and Michel Thomas are based on, and that’s perhaps the reason why they’re so popular with experienced language learners.

I’m also sorry to say, but people, especially native speakers of your target language, are highly unlikely to be impressed by your grammatical prowess. In fact, it can at times serve as a dividing bridge between you, the “foreigner” who’s learning to speak the local language, and the locals. Remember this: in many languages, spoken language is in fact entirely different from the written one. Speaking the “written version” of the language will make you sound foreign and unnatural. On the other hand, if you sound natural when you speak, people will be honestly impressed and feel closer to you.

I’m really curious about your opinion on grammar. Is it desirable to focus on it right from the start? Should you ditch grammar altogether? Or you should skip it in the early stages and come back to it later? Comment and share your thoughts and experiences below.

18 thoughts on “How Important is Grammar in Language Learning?”