Have you ever heard someone say  “it’s almost impossible to learn Chinese” or “Chinese is too hard, I can’t learn it” ? Chinese is vastly regarded as one of the hardest languages to learn, but the best way to practice is by starting simple conversations! Here are some basic phrases that’ll help you get started!

How to say “hello” in Chinese 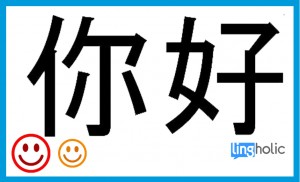 One of the first words people learn to say in Chinese is “你好 (nǐ hǎo)!” This is “hello” in Chinese. However, did you know that native Chinese speakers rarely use this when talking to people they’ve already met?

In fact, the real meaning of “你好 (nǐ hǎo)” is closer to “nice to meet you.” Of course, no one will be upset if you use “你好” to greet them. But if you want to sound more like a native speaker, you can try some of the greetings below:

Instead of saying “你好” to someone you’ve already met, you can say:

“吃饭了吗(chī fàn le ma)”is also a popular way to greet someone you already know in Chinese, especially among the older generation. It means “have you eaten?” To be clear, this is not an invitation to eat a meal with the person. This phrase stems from when food was scarce in rural China, when asking “have you eaten” was an inquiry to the other person’s wellbeing.

The millennial generation in China often uses “哈喽 (hā lóu)” which is a Chinese-translated version of “hello.” Keep in mind that this is very casual lingo, and should not be used in formal settings.

How To Say “goodbye” in Chinese 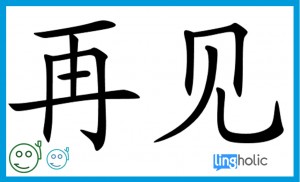 “Goodbye” in Chinese is “再见 (zài jiàn).” It literally means “See you again!” You can say this to everyone, even if you don’t plan on seeing them again.

Shopkeepers and taxi drivers may use the phrase “慢走 (màn zǒu)” to say goodbye to customers. It translates into “go slowly.” You may wonder why a shopkeeper would ask you to walk slowly! The cultural meaning of “walk slowly” is similar to that of “take care” in English. Walk slowly, and you won’t fall down.

How To Say “Thank You” in Chinese 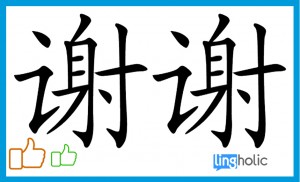 Chinese people value humility, so knowing how to express thanks is a great way to sound humble and likeable. “Thank you” in Chinese is “谢谢 (xièxie).”

If you want to sound even more fluent, you can try saying “你太客气了 (nǐ tài kè qì le)!” This means “You’re too kind!” and can be used when receiving a gift, or when someone treats you to dinner.

How To Say Yes / No in Chinese

How to say “yes” and “no” are one of the basic things you learn when studying a new language. The answer to this question is a bit more complex in Chinese. If you plug it into Google translate, you get the following:

However, “是” does not always mean “yes.” It is a form of “is / are.” For example, the sentence “你是中国人吗?” translates to “Are you Chinese?”

“不” on the other hand, is a negation-marker. It marks something as negative. Think of “不” as the word “not” in English. You can say “我不是中国人,” which would be “I am not Chinese.” If someone asks you “are you Chinese?” and you want to respond “No”, you need to say “不是 (bù shì), am not.”

Here are other alternatives showing you affirmative vs negative answers in Chinese:

The other negation-marker you need to know is “没 (méi),” which means “not have.”

Example: 你有妹妹吗?
Translation: Do you have a younger sister?

How To Say “I love you” in Chinese 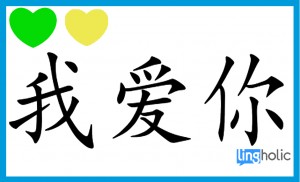 “I love you” in Chinese is “我爱你 (wǒ ài nǐ).” However, this is often seen as a very “strong” display of emotion, and thus not commonly said among native speakers. Chinese people, especially the older generation, often prefer to express their feelings via actions.

How to say “Happy New Year” and “Happy Birthday” in Chinese

Even though China often celebrates different holidays than the U.S (such as Dragon Boat Festival and Mid-Autumn Festival) it’s important to know how to wish people “happy holidays!” in Chinese.

“Happy New Year” in Chinese is “新年快乐 (xīn nián kuài le).” This phrase can refer to both Chinese New Year and the regular calendar new year.

“Happy Birthday” in Chinese is “生日快乐 (shēng rì kuài le)!” Note the same sentence structure is used.
You can wish most people happy holidays by using “__快乐!”and filling in the blank with the appropriate holiday.