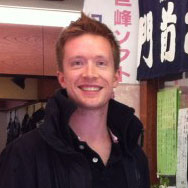 Today we have an awesome guest post from Olly Richards. Olly runs I Will Teach You A Language, a website that gives you practical tips and strategies for learning foreign languages. Olly speaks 7 foreign languages and publishes regular articles and videos on language learning from different locations around the world.

Studying a language is fine… until one day it’s not.

All those hours and weeks spent trying to remember new words and grammar rules are fine… until one day you’re confronted with a native speaker and don’t understand a word they say.

Making the kind of meaningful progress in a language that will actually help you use it effectively out in the real world requires you to balance your “heads-down” study with a different kind of activity.

You might even think you’re wasting your time at first.

But if fluency is where you actually want to end up, then a shift towards whole language in your study is one of the things that will get you there quickest.

The tendency in nature to form wholes that are greater than the sum of the parts through creative evolution.

In other words, some things cannot be fully understood from their parts alone. 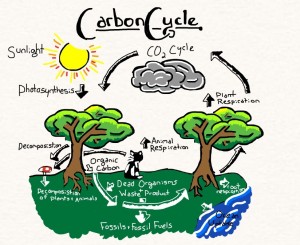 Whole entities have unique behaviours of their own and can often be unexpected or unpredictable. Think of an ecosystem for example. Anything that you try to single out within it is hitched to everything else in the universe.1

And, of course, a language is a great example of this.

A language has its own ecosystem that comprises language, culture, society and so on. It can’t be understood from its parts alone.

When native speakers communicate with each other, the things they say have a significance far beyond the semantic meaning of the actual words they use.

Words and phrases are intimately linked to the culture and society that they are used in, and in order to truly communicate effectively with another person you need to have experience of a shared cultural background.

Only then will the words and phrases used have true meaning.2

These are stages of how to learn a new language that we all go through, and they can be incredibly frustrating.

They feel non-sensical, and can leave us tearing our hair out in frustration.

But the cause is simple.

This is the result of ignoring the whole, and of not taking a sufficiently holistic approach to language learning.

How Do You Study?

For many people, a typical study session involves some of these things:

These activities are all the very opposite of holistic learning – they focus on the part rather than the whole.

They prepare you for everything but the life and character that a language takes on in the real world.

They focus you on breaking-down the language into parts that are easy to understand… in isolation. That’s why people like this kind of study – you can feel a sense of progress.

But the problem is, of course, that while these are broken down for your convenience (the part), they actually end up robbing you of the experience of the what the language looks like when it’s used by native speakers, for real reasons, in their daily lives (the whole). 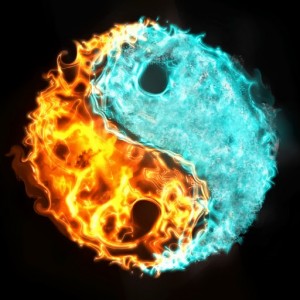 Many people focus almost exclusively on the part in their learning.

And it’s easy to understand why.

In the early stages of learning a language you do have to learn a lot of bitty things – new words, essential grammar… and that’s fairly easy to do in isolation. As a result, it’s easy to have a sense of progress.

This kind of learning gets you off to a good start, but it only gets you so far.

As early as possible you need to redress the balance and transition to using whole language – language for a real purpose, just the way a native speaker would.

Even if you don’t understand everything.

Even if it’s difficult.

Even if you feel like you’re wasting you’re time.

Because that’s the best way to learn a language if you’re going to move towards fluency, interact naturally with people, live a life with the language, and eventually overcome the common complaints that I listed at the top of the article.

So if holistic learning involves using the target language for real purposes, rather than breaking it down for study, what would it actually involve?

Think of it as using the language for the same reasons as you would use your mother tongue. This, after all, is the ultimate goal in the language you’re learning.

This is powerful, because as you are using the target language to perform real tasks, you’re addressing your other “human” needs at the same time.

By speaking, you’re developing an awareness of your social self in the target language. By reading for a real purpose, you’re addressing your cognitive needs to find information or pleasure.

In essence, you’re developing your own psyche in the target language.

And this is why language learning methods as diverse as those of Benny Lewis (i.e. speak from day 1), Steve Kaufmann (i.e. take an active interest in the culture) and Luca Lampariello (i.e. spend time surrounded by people you genuinely like) can all be effective.

They all focus on holistic learning.

It’s not necessarily easy… your textbook will feel much more comfortable by comparison. But the right mindset can get you started much quicker than you thought.

In the words of Leo van Lier:

A [holistic] approach sees the learner as a whole person, not a grammar production unit. It involves having meaningful things to do and say, being taken seriously, being given responsibility, and being encouraged to tackle challenging projects, to think critically, and to take control of one’s own learning. (2004: 223-224) 3

So take a step back.

Don’t throw out your textbooks (you’ll be needing them).

But consider how you’re spending your time. Are you focusing on the part or on the whole?

And do you need to readjust the balance on your path to fluency?

2. For more on this, see W. V. O. Quine and Donald Davidson on semantic holism.↩