Why People Don’t Listen to Advice

Good advice is always certain to be ignored, but that’s no reason not to give it.

I’d like to believe that most readers of this blog—those who watch one of the many interviews I’ve conducted with various polyglots, or who read one of the many fantastic guest posts published here by fellow language learners—actually implement a few of the pieces of advice given, and, as a result, become better at learning languages. Truth be told, however, these people are probably the minority.

Think about yourself. How often do you really, honestly take someone else’s advice and go on to actually implement it? How often do you say to yourself, “Wow, that’s a great idea. That’s a much better way of doing things than the way I had been doing it (or was planning on doing). I’m going to implement this starting today.” As John Steinbeck has once said, “No one wants advice – only corroboration.”

I see mainly 3 kinds of people out there:

Would You Take My Advice?

I genuinely like to help people who are eager to learn a foreign language, and I expect absolutely nothing in return. Usually, when someone tells me about their plan to start learning a language, I offer my advice. I tell them first about the need to have a good reason for learning whatever language they might have chosen, as this will be their principal source of motivation that will, in part, support them through the hard times that will assuredly come.

I also tell them that they can learn a language on their own, for very little money. I talk about the importance of consistency, goals, and developing a routine/habits. “Better to do it 15 minutes every day than 4 hours one day a week,” I add. I tell them about my two favorite language learning textbooks, Assimil and Teach Yourself. I tell them they can easily find language tutors or professional teachers for ridiculously cheap on sites such as italki or LiveMocha (usually well under $10/hour).

And 99% of the time, they go on to do exactly the opposite of what I tell them. They enroll in a boring (and prohibitively expensive) class, buy a boring textbook that uses medieval method of teaching languages based on rote learning and grammar rules memorization, and they don’t speak with a native speaker until they can make sure they will make next to no mistake—which means effectively never (or not any time soon).

As an Ethiopian proverb goes, “Give advice; if people don’t listen, let adversity teach them.”

Why Don’t People Listen to Advice?

The feeling I get is that most people who ask for advice from others have already resolved to act as it pleases them. Of course, not everyone is like that, but I think that this characterizes more or less the majority of people out there. Why?

I think there are at least three main reasons for this, not necessarily mutually exclusive.

First, people perceive their reality differently from the way others do. We all look at other people’s lives from the outside, with the clarity of being somewhat distanced and uninvolved. This is part of the reason why allegories are at times powerful tools to teach us useful lessons and make us understand the world. Plato’s Cave is just one good example out of many.

They put some distance between ourselves and a particular reality that we experience, and that allows a higher degree of clarity to come into play. Thus, while it may be obvious to some people from the outside that the way a certain person is going at a particular thing is fundamentally wrong, advice won’t be of any help unless the person involved clearly recognizes this him/herself. We are all involved in our own affairs, and it’s not always easy sometimes to stop, take some distance, and think through things objectively. 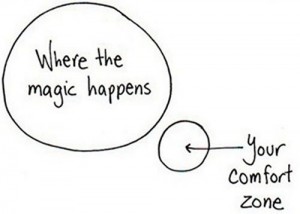 Second, people are afraid of the unknown. They are afraid of stepping outside of their comfort zone. I have a firm belief that learning a language is all about getting outside of your comfort zone. And so is the secret to living a fulfilling life. It’s not easy, it takes practice, but it can be done. But people are, by their nature, afraid of trying new things. Even if most of us have had bad experiences in middle or high school learning foreign languages, we willingly pay high fees and enroll into language classes again and again because that’s something we are used to. On the other hand, learning on one’s own sounds very unusual, and many hold the belief that it won’t work, they simply won’t be able to do it. 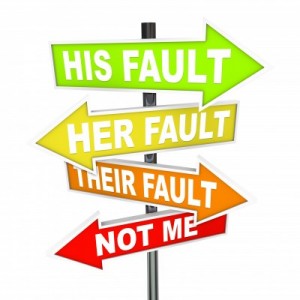 Third, people do not take responsibility for their success. When you’ve been learning a language for 5 years and you still can’t have a simple daily conversation with a native speaker, it becomes much easier to blame others if you’ve taken formal classes. “The prof is not good,” “the textbook is boring,” “that language is too hard,” etc. Of course, there are millions of additional excuses that one can make up. Other particularly pervasive ones include a lack of time, a lack of natural talent, or one’s “advanced” age. I will tell you this: you are fully responsible for your success. “Teachers open the doors, but you must enter by yourself,” as the Chinese proverb goes. If you truly understand that you are responsible for your own success and you continuously seek to improve yourself, it will be much easier to adjust your compass and plan a strategy that will work better, and thus, willingly accept advice from others and implement it.

What Do You Have to Say?

What do you think? Do you tend to listen to good advice and implement it, or are you part of the first two types of people mentioned in the first paragraph of this post? Why do you think people generally fail to follow good advice?

Here’s a last piece of advice: comment below with your ideas on this topic and share your experiences. Have a good one! 🙂

44 thoughts on “Why People Don’t Listen to Advice”