Here are some of my favorites quotes. They mostly apply to learning and motivation, and some of them specifically apply to language learning.

The page will be edited and quotes might be added/subtracted every now and then. If you would like to share some great quotes that you know on this page, please let me know! 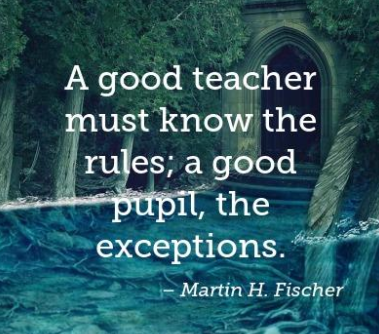 “A good teacher must know the rules; a good pupil, the exceptions.”
— Martin H. Fischer, Physician and Author

“The scariest moment is always just before you start.”

“In the middle of difficulty lies opportunity”
― Albert Einstein

“Learn from the mistakes of others. You can never live long enough to make them all yourself.”
― Groucho Marx

“Everybody is a genius. But if you judge a fish by its ability to climb a tree, it’ll spend its whole life believing that it is stupid.”
—Albert Einstein 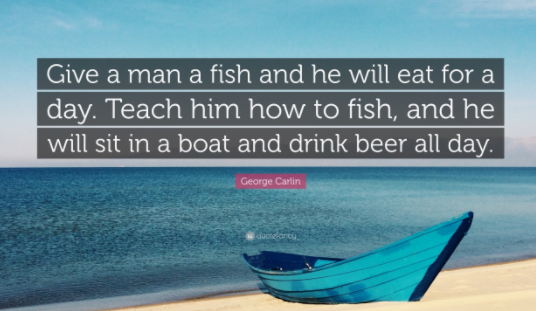 “Give a man a fish and he will eat for a day. Teach him how to fish, and he will sit in a boat and drink beer all day. ”

“If you can find a path with no obstacles, it probably doesn’t lead anywhere.”
—Frank A. Clark

“He who asks is a fool for five minutes, but he who does not ask remains a fool forever.”
—Chinese proverb

“A person who says it cannot be done should not interrupt the man doing it.”
—Chinese proverb

“Life is really simple, but we insist on making it complicated.”
— Confucius

“If you can’t explain it to a six year old, you don’t understand it yourself.”
— Albert Einstein

“I must not fear. Fear is the mind-killer. Fear is the little-death that brings total obliteration. I will face my fear. I will permit it to pass over me and through me. And when it has gone past I will turn the inner eye to see its path. Where the fear has gone there will be nothing. Only I will remain.”
― Frank Herbert, Dune

“There are three rules for writing a novel. Unfortunately, no one knows what they are.”
― W. Somerset Maugham

“My own version: “There are three rules for learning a language. Unfortunately, no one knows what they are.” 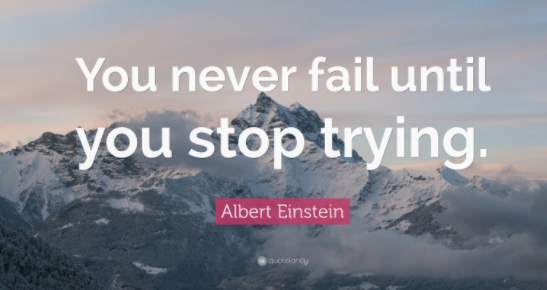 “You never fail until you stop trying.”

“The past is always tense, the future perfect.”
― Zadie Smith

“A man who procrastinates in his choosing will inevitably have his choice made for him by circumstance.”
― Hunter S. Thompson

“Because without our language, we have lost ourselves. Who are we without our words?”
― Melina Marchetta, Finnikin of the Rock

“Language comes first. It’s not that language grows out of consciousness, if you haven’t got language, you can’t be conscious.”
― Alan Moore

“Language does have the power to change reality. Therefore, treat your words as the mighty instruments they are – to heal, to bring into being, to remove, as if by magic, the terrible violations of childhood, to nurture, to cherish, to bless, to forgive – to create from the whole cloth of your soul, true love.”
― Daphne Rose Kingma 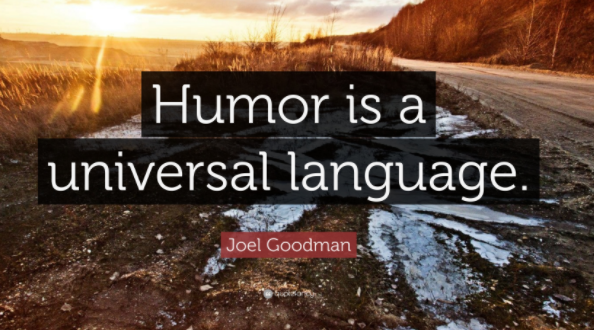 “No two languages are ever sufficiently similar to be considered as representing the same social reality. The worlds in which different societies live are distinct worlds, not merely the same world with different labels attached.”
― Amy Tan

“Two languages in one brain? No one can live at that speed!”
― Eddie Izzard, Definite Article

“We breathe in our first language, and swim in our second.”
― Adam Gopnik, Paris to the Moon

“When a language dies, a way of understanding the world dies with it, a way of looking at the world. ”
― George Steiner

“The problem with defending the purity of the English language is that English is about as pure as a cribhouse whore. We don’t just borrow words; on occasion, English has pursued other languages down alleyways to beat them unconscious and rifle their pockets for new vocabulary.”
― James D. Nichols

“Time changes all things; there is no reason why language should escape this universal law”
― de Saussure, Ferdinand

“Whatever you can do or dream you can, begin it. Boldness has genius, power and magic in it!”
― Johann Wolfgang von Goethe

“Those who make the worst use of their time are the first to complain of its brevity.”
― Jean de La Bruyère, Les Caractères

“If you teach a man anything, he will never learn.”
—Bernard Shaw

“Do not look where you fell, but where you slipped.”
―Chinese Proverb

“We can’t change the direction of the wind, but we can adjust the sails.”
―Indian Proverb

“What was hard to bear is sweet to remember.”
―Indian proverb

“Teachers open the door, but you must enter by yourself.”
―Chinese Proverb

“Writing a novel [or learning] is like driving at night in the fog. You can see only as far as your headlights, but you can make the whole trip that way.”
— E. L. Doctorow, Author

“You have your way. I have my way. As for the right way, the correct way, and the only way, it does not exist.”
― Friedrich Nietzsche

“An expert is a person who has made all the mistakes that can be made in a very narrow field.”
― Niels Bohr

“Life is like riding a bicycle. To keep your balance, you must keep moving.”
― Albert Einstein

“Insanity is doing the same thing, over and over again, but expecting different results.”
― Albert Einstein

“Remembering that you are going to die is the best way I know to avoid the trap of thinking you have something to lose.”
—Steve Jobs

“I’ve learned that nothing is impossible, and that almost nothing is easy…”
—Articolo 31 (Italian rap group),”UnUrlo”

“Americans who travel abroad for the first time are often shocked to discover that, despite all the progress that has been made in the last 30 years, many foreign people still speak in foreign languages.”
—Dave Barry

“There is not enough time to do all the nothing we want to do.”
—Bill Watterson

“It is fatal to know too much at the outcome: boredom comes as quickly to the traveler who knows his route as to the novelist who is over-certain of his plot.”
—Paul Theroux, To the Ends of the Earth 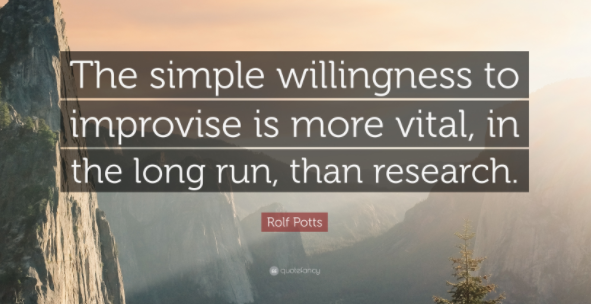 “The simple willingness to improvise is more vital, in the long run, than research. ”
—Rolf Potts, Vagabonding

“Would you like me to give you a formula for success? It’s quite simple, really. Double your rate of failure. ”
—Thomas J. Watson, founder of IBM

“What information consumes is rather obvious: it consumes the attention of its recipients. Hence, a wealth of information creates a poverty of attention and a need to allocate that attention efficiently among the overabundance of information sources that might consume it. ”
—Herbert Simon

“Adapt what is useful, reject what is useless, and add what is specifically your own.”
―Bruce Lee

“Vision without action is a daydream. Action without vision is a nightmare”
― Japanese proverb

“Before you start climbing the ladder of success, make sure it is leaning against the right wall.”
—Stephen Covey