Berlitz Corporation is a global leadership training and education company, founded in 1878 by Maximilian D. Berlitz in Providence, Rhode Island. Berlitz is #2 in language learning brand awareness behind Rosetta Stone, and has many different levels and kinds of textbooks, especially for the five main languages in which the company focuses its publishing efforts on (French, German, Italian, Mandarin Chinese and Spanish). For example, if you are looking to learn Spanish, here are some of the methods available for purchase from Berlitz:

Spanish Berlitz For Your Trip [Phrasebook; ~$9]

As you can see, you are really spoilt for choice. Whatever level you are at in the language you are learning (or planning to learn), chances are you’ll be able to find a textbook within the Berlitz Series that will be suitable to your needs.

Berlitz was built on the principle that language skills are best acquired through conversation, with a focus on real-life situations. As such, you can expect to have less grammatical explanations compared with more “traditional” language series such as Colloquial (Routledge) or Living Language. Indeed, Berlitz uses the so-called “direct method” (also called “natural” method) to teach language and focuses on using language as a tool for communication. The direct method, as opposed to the traditional grammar translation method, advocates teaching through the target language only – the rationale being that students will be able to work out grammatical rules from the input language provided, without necessarily being able to explain the rules overtly. In fact, this is how the method was born. In the late 19th century, the company founder, Maximilian D. Berlitz, was in need of an assistant French instructor, but the only Frenchman he managed to find, who went by the name of Nicholas Joly, barely spoke English. Joly was nonetheless hired to teach French to English speakers in their native language, and several weeks later Berlitz returned to discover the students responded positively to Joly's instruction given only in French.

In the “Self-Teacher” series, for example, the textbook is comprised of lessons that take you through a conversation, illustrating a grammatical point (and teaching you vocabulary along the way). Through these conversations, you get to deduce some of grammatical structures of the language, and following the conversations certain grammatical rules are pointed out more explicitly. The philosophy behind such a method is that you can learn a language the way you learned your own native tongue; in other words, by hearing sentence structures over and over again you’ll end up “absorbing” the rules. In this respect, Berlitz is similar to how the Assimil method works. Below you’ll see a preview of the Berlitz Essential Spanish textbook: 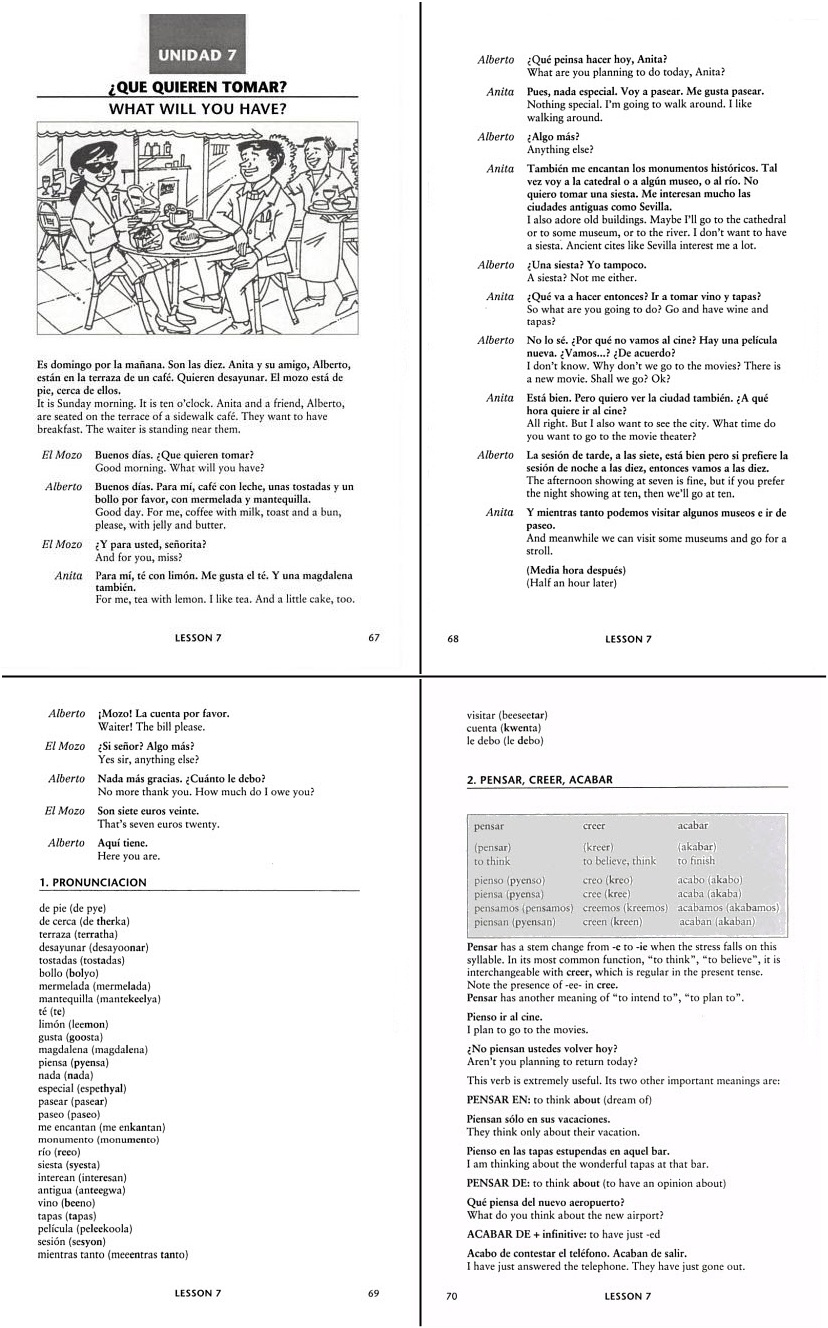 For additional screenshots of Berlitz, click on any of the links below to see a picture:

Back to Reviews page