Are you curious about our Glossika review? Read it and tell us if it is what you need to learn a new language.

Glossika is a language learning method developed by Mike Campbell, an American linguist and polyglot based out of Taiwan. Doing this Glossika review, we learned that Mike is a very impressive polyglot with advanced skills in an astounding number of languages, and when I heard he was working on the publication of his Glossika Mass Sentence (GMS) and Glossika Spaced Repetition (GSR) methods back a few years ago, I was very excited about it. Now that I’ve tried the method extensively, I can certainly say that I wasn’t disappointed. But just a quick warning: this is for serious language learners!

Glossika comes with PDF books, but it’s mostly an audio-based method. You listen to full sentences being read both in English (or your native language) and in the foreign language you’re learning. You repeat after the sentences, trying your best to replicate the native speaker’s pronunciation. Because of this, Glossika is perfect at home, while driving, or even while exercising; as long as you can repeat out loud after the speaker and focus enough on the meaning of the words and sentences, you shouldn’t have any problems. We tested all of this to give you the best Glossika review.

First point in this Glossika review is that Glossika is an assimilation-based learning program. The idea is that armed with enough comprehensible input, you eventually get the feel for what is “correct.” In other words, if you say something correctly enough times, it’s eventually going to intuitively feel wrong to say it incorrectly. You are expected to assimilate enough sentence patterns and vocabulary to be able to produce new, original content on your own after having gone through 3000 sentence patterns (i.e. all three modules). 2 hours weekly for a month is all you need to complete one module. However, you are expected to listen to the files more than once. It’s recommended to spend 30 minutes every day practicing with the method.

Glossika contains no grammar whatsoever nor any explanation about sentence patterns or any such thing. What you get is, rather, LOTS of repetition of key sentence components and vocabulary that you are most likely to find in everyday speech, as used by the native speakers of your target language. Because of this, Glossika is recommended as a supplement to your other studies, and is aimed at people who already have some working knowledge of the language. It can also be good for brushing up your skills or breaking through a plateau in the language you’re learning.

Glossika is being published, for the most part, in so-called “Fluency Modules”. One module contains 1000 bilingual sentences (with 3 modules in total, for a total of 3000 sentences). Each module is divided in three types of files: Comprehensible Input Audio (GMS-A), Interpretation Audio Training (GMS-B), and Target Language Audio Training (GMS-C). Don’t worry, it’s actually pretty simple:

The sentences included in each of Glossika’s three modules have been carefully selected to give you a wide range of expression. The sentences in Fluency Module 1, for example, target the kinds of conversations that you would have discussing day-to-day activities.

As an added bonus, when you purchase a Glossika package you get the “Glossika Spaced Repetition” (GSR) audio files together with the “Glossika Mass Sentence” (GMS) files. GSR files are a little bit less “ambitious”, shall I put it, than the GMS files, because the sentences are repeated many, many times throughout the recordings, and so the pace overall is actually a bit slower.

Below, in the continuation of our Glossika review, you will find 4 short audio samples of the Glossika method, for both GMS and GSR files: 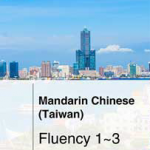 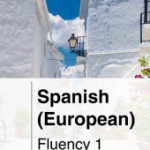 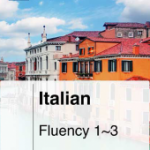 Are you excited about what you read in our Glossika review? Well, we have more informations for you. You have now the opportunity to schedule your study according to your availability. You just need to figure how much time you can put into your daily training and in how much time you want to complete your course.  Right after you order a course, you will be delivered a complete schedule guide.Your time study will be split into periods of 20 minutes for nine months, 60 minutes for 2, 3 or 6 months, 70 minutes for 4 months, 90 minutes for 4 or 6 week or 5 months and 125 minutes for 3 weeks.

With this Glossika review we want you to know that Glossika is a very solid language learning method that should be in every serious language learner’s toolbox. Here are some of the points I found the most attractive: