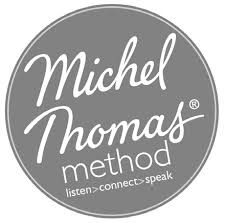 Michel Thomas was a polyglot linguist, language teacher, and decorated war veteran who developed a language-teaching system known as the Michel Thomas Method. He claimed his method would allow students to become conversationally proficient after only a few days’ study, and his clients included diplomats, industrialists, and celebrities. Michel Thomas passed away in 2005, so the newer products that came on the market since then have been developed and recorded by some of Michel’s former students who were trained to teach and pass down his technique.

The Michel Thomas method is a cheaper alternative to Pimsleur (which is also an audio-only method), but that doesn’t mean the quality suffers in any way; it’s simply a different method. While Michel Thomas is an audio-only language learning resource, it differs from Pimsleur on a few important points. 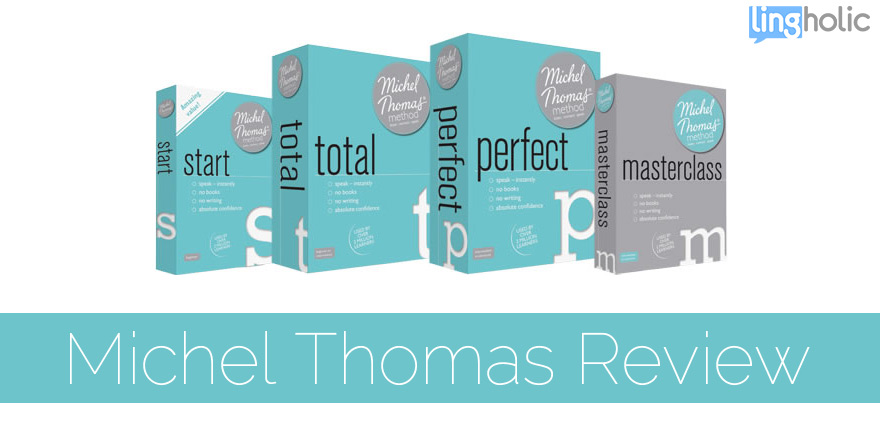 Basically, the way the method works is that Michel (or the teacher teaching the language in the recordings) and two students are recorded in a live lesson. Words and sentences are introduced with explanations, and within one hour you are expected to be able to construct simple phrases. You will learn the language with the students, hearing both their successes and their mistakes to keep you motivated and involved throughout the course.

Because actual students are involved in the recording, the pace of progress is realistic, and you almost feel as if you were in class with Michel and his students. Moreover, the students, at times, also ask for clarifications, for example concerning a grammatical concept or the pronunciation of a certain word, which well might be questions you have yourself in mind.

The method also tends to work in a more “inductive” manner (they let you “understand” new grammatical concepts through examples, rather than tell them to you right away). So you are sometimes given several drills around a certain sentence to make you understand how the language works, and slowly by slowly sentences are getting longer and more complicated based on what you have previously learned.

For example, in the Michel Thomas Spanish series, they will tell you that “Pablo is sick today” is “Pablo está enfermo hoy” in Spanish, and that “Pablo is a sick person” is “Pablo es enfermo”. So you are supposed to infer here the difference between the verb “está” and “es”, both meaning “to be,” through such examples (of course, you will have been exposed to these verbs and vocabulary prior to hearing those example sentences).

Another peculiarity of the Michel Thomas method is its high use of so-called “mnemonics”, or “memory-aides” to help you acquire and remember effectively newly-introduced vocabulary. Some examples can be downright silly, but that’s the point of a mnemonic, to come up with a silly association to make it stick in your long-term memory. To give you a simple example, in the Chinese series the teacher introduces the word for “where” in Chinese, which is nǎr (哪儿). The teacher then says the following sentence: “The poor man was ‘nǎrwhere’ to be found. Where is he now?” As you can see, through this menmonic, you will quickly remember that “nǎr” means “where” (or at least it’s supposed to help!).

Michel Thomas is, overall, a great method that I would not hesitate to recommend. Here are some of the reasons why I like this method and why I think it’s quite efficient.

FOR ADDITIONAL AUDIO SAMPLES OF MICHEL THOMAS, CLICK ON ANY OF THE LINKS BELOW TO LISTEN TO AN EXCERPT: