Going abroad for travel or work purposes? You might have asked yourself in the past whether it’s worth it to spend your time and effort learning some of the local language before setting foot there.  Today’s guest poster will try to answer this question and, along the way, will share his experience living and working as an English teacher in Korea.

After obtaining degrees in English Literature and English Secondary Education, Sean Lords packed up his bags and left to Seoul, South Korea, where he lived for three years teaching English abroad. Sean has since returned to the States and is currently at work on his Master’s degree.

It is always frustrating to be sitting in the middle of a conversation you are unable to participate in because it is occurring in a language you don’t speak. If I don’t know what others are saying, could they be talking about me? Are they relaying some type of message that, for whatever reason, they are reluctant to directly tell me? These are probably unwarranted concerns, but ones I had before teaching English abroad. And while many international programs specifically do not want you to speak the native language so that students will be challenged to exclusively speak English while in class, I knew I would feel more comfortable if I learned how to speak the language before I left for South Korea. Due to time constraints, I didn’t want to (or couldn’t) take a traditional language course—so I attempted to teach myself.

After asking myself what the most efficient and effective way of learning a new language was, I knew that going to the actual country and enrolling in a course with one-on-one assistance was unquestionably the best method. The consensus among my friends who also speak a second language was the same. After eliminating this as an option, I was forced to look at alternative solutions.

I started using a software program called Pimsleur. I simply internet searched for the most effective tools for learning a new language and Pimsleur was one of the most highly-regarded of these. I’d also read about it in Let’s Explore Diabetes With Owls, a new (and 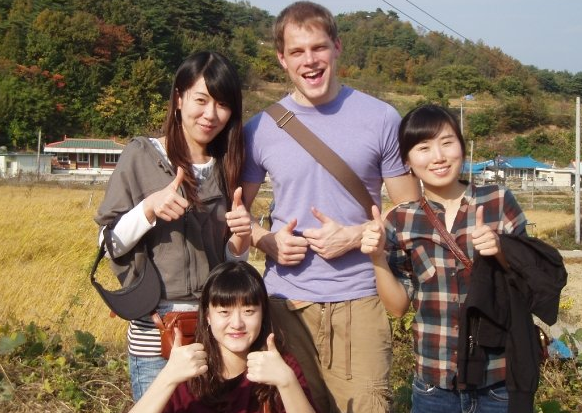 hilarious) book of essays by David Sedaris. To explain: Pimsleur is simply an audio CD which goes through conversational phrases and words within the language. It’s a little cheaper if you buy the digital version, and either will do. I burned each of the lessons to a CD and popped in the lessons to and from work (a 45-minute drive each way). This really helped as an introduction to the language I wanted to speak.

Next, I used Google translator to translate some news articles to the native language to familiarize myself with the native alphabet. It was nothing too in-depth but I really wanted to get accustomed to seeing different characters and symbols, and some of the words I recognized these characters from. Many Asian languages are tough, so I can’t speak for trying to learn Mandarin, Korean, or Japanese via this method but it could potentially work. I know Mandarin has several thousand different characters, which is much, much different than the number of characters in the Russian or English alphabets – 33 and 26, respectively. There are few things as scary as that moment when you step off an airplane in another country—imagine then, that this country doesn’t speak English or use an English alphabet. Enter huge, massive fear. Those first moments in South Korea were terrifying, sure. But more than being scared, I felt a sense of massive excitement. While Pimsleur didn’t make me fluent in the language, I felt a sense of familiarity with the sounds I was hearing. I was also able to greet my peers, colleagues, and students in a language they were familiar with. I may have been kidding myself, but it lent me a bit of instant credibility in their eyes.

My admittedly poor language skills were still skills, and they gave me the confidence I needed to excel in other areas of my new life. In restaurants, I ordered food by attempting to pronounce the name, and not simply pointing. In the classroom, I developed better relationships with my students who were approaching English language learning in much the same way I approached Korean—an initially rudimentary understanding based mostly on repetition.

Though I was never in an emergency situation, I am confident that my language skills would have kept me calm and provided me with the tools I needed to get help had I been an unfortunate travel story.

While there are many times when things get lost in translation, there is something to be said for attempting another language, no 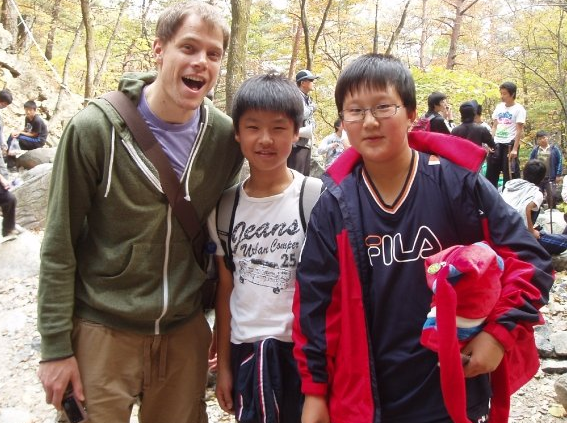 matter your success rate. Although many programs do not require that you learn the native language of the country where you teach ever, I found that it was exciting to more actively participate in the culture of a country I would (for a bit) call home.

Have you enjoyed this article? If so, don’t forget to share it with your loved ones on your favorite social media website (see just below)! If you have any questions about living and working in Korea as an English teacher, or perhaps about Sean’s experience learning about a foreign language prior to going to the country, don’t hesitate to leave a comment down below. I’m sure Sean will be delighted to answer all of your questions!

13 thoughts on “Tongue Tied: Should You Learn the Language Prior to Going to a Foreign Country?”