Hello everyone! Today, we have a guest post on the blog, which has been written on behalf of Bellerbys College offering university preparation courses in England. I hope you’ll enjoy the post, and as usual, feedback and comments are always appreciated!

Time changes all things; there is no reason why language should escape this universal law 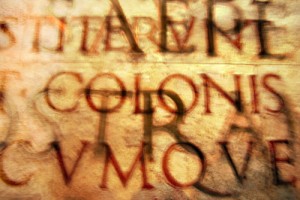 Most of us take languages for granted; we even lack the curiosity to spend 5 minutes thinking of how languages came into being or how children acquire them. We sometimes ponder on how we evolved, but somehow we forget that languages were part of our evolution. The ability to form thoughts and shape them by means of spoken words is still a mystery. While it is estimated that language appeared amongst Homo Sapiens somewhere between 30,000 – 100,000 years ago, the secret to how language evolved is yet to be unraveled.

One theory is that language formed as an evolutionary adaptation, while the other theory, supported by Noam Chomsky and the biologist Stephen Jay Gould, says that language was a by-product of evolution and not an adaptation process. This means that language may have evolved simply because human brains evolved and that the cognitive structures that were used for tool making for instance, could also be used for communication. The evolutionary adaptation theory says that humans needed to communicate with one another in order to survive. They had to hunt together and defend one another.

The good news is that these two theories aren’t mutually exclusive. Even more interestingly, researchers have recently come up with a new theory which states that human languages could have evolved from bird songs. Darwin may have been right; this is what a recent article in Science Daily says.

The article states that researchers from the Massachusetts Institute of Technology (MIT), along with a scholar from the University of Tokyo, believe that human language is a grafting of two communication forms found elsewhere in the animal kingdom: first, the elaborate songs of birds, and second, the information-bearing types of expression seen in a diversity of other animals.

The search for universal aspects of all human languages was the main goal of the MIT-based research in linguistics. Shigeru Miyagawa, from MIT’s Department of Linguistics and Philosophy notes that “human language is unique, in that two independent systems in nature merged, in our species, to allow us to generate unbounded linguistic possibilities, albeit within a constrained system.” He goes on saying: “Human language is not just freeform, but it is rule-based.”

It is estimated that there are around 7,000 different languages spoken around the world. It also appears that 46 languages have a single speaker! Even though they may not be linked in vocabulary or origins, nearly every language uses a similar grammatical structure. Going back to Miyagawa: “Human language is not just freeform, but it is rule-based.”

This might somehow explain how despite the impressive language diversity and variety, people have found a means of communicating with one another.

While diversity may be fascinating, people have also felt the need of unity. In the past, religion and intellectual debate generated this unity. Today, it is technology and the need of communication. From Latin, people have moved to English.

The acknowledgment of English as a global language can be explained historically, economically and politically. As the English people colonised quite many parts of the world, the English language became the spoken language. Today it is considered the dominant international language in science, business and diplomacy.

Yet, one of the most interesting current issues regarding the English language is the way online communication – the Internet – changes it. English is now known as “Englishes”. According to a BBC magazine article, people also speak Spanglish, Hinglish (Indian and English) and Konglish (Korean and English). 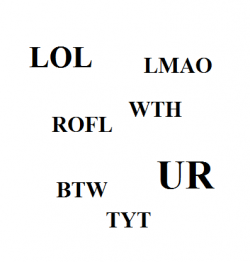 Indeed, English spoken on the Internet is a completely new language; words may have different meanings, and spelling and grammar rules are no longer that important as long as those engaged in conversation understand one another. In Singlish, which is Singaporean English, “blur” means “confused” or “slow”, while in Hinglish a co-brother is a brother-in-law. In Konglish, a “pension” is a resort-style accommodation, whereas “membership training”, colloquially called “MT” or “OT”, is a school/university field-trip!

The Future of Languages?

It’s quite clear that the near future will see more “Englishes” emerging, while those languages spoken by single speakers will unfortunately become extinct. Evolution or adaptation, languages are “living things”. They are born, they evolve, and they die, allowing the newer generations, like “Englishes”, to bring people together.